A bunch of new updates are rolling out as Google developers prepare to take a long holiday break. One of the big updates for the week is to the Google app itself. Version 7.17 began rolling out to the beta channel yesterday with some visual tweaks and the addition of something called Voice Match, Google's branding for its voice detection features. A teardown also reveals a curious reference to the next version of Android, new features for Google Lens, and in-app searches may finally get filters like the web interface. 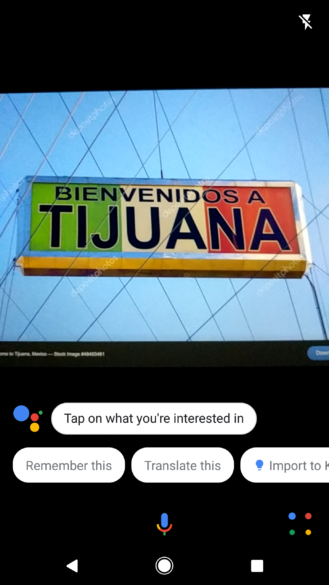 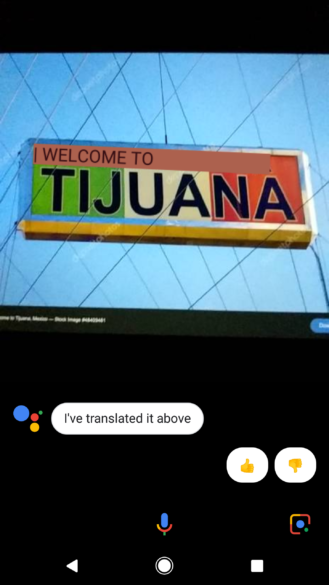 It looks like the new Lens actions reported in the teardown began going live hours (or perhaps minutes) after this post went live. As discussed already, the new suggested activities include: Remember this, Translate this, and Import to Keep. The strange part is that these buttons only seem to appear when you first enter Google Lens, but they vanish after taking any other action. The only way to restore them is to back out of the interface entirely, then re-open Lens.

The Translate function is shown above. It works much like the Google Translate app's replacement technique (taken from Word Lens), but without performing live translations. The 'Remember this' command makes less sense, because it doesn't seem to work with Reminders or Saved, and I can't find a place where the picture is stored outside of the conversational interface of Assistant. Finally, there's the command to import the image to Keep, which simply opens a card for Google Keep. 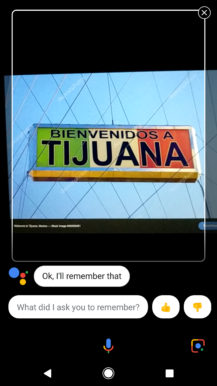 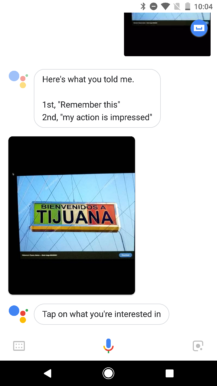 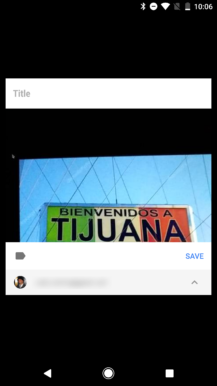 These suggested actions just started rolling out to users and some people don't have them yet. They may take a few hours to reach everybody, or this may be a staged rollout that takes a few days or weeks while Google irons out any latent bugs. – Thanks, Henny Roggy! 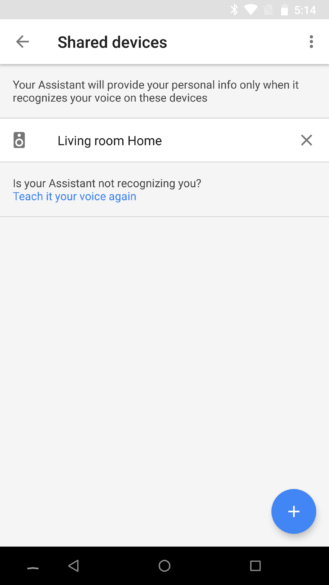 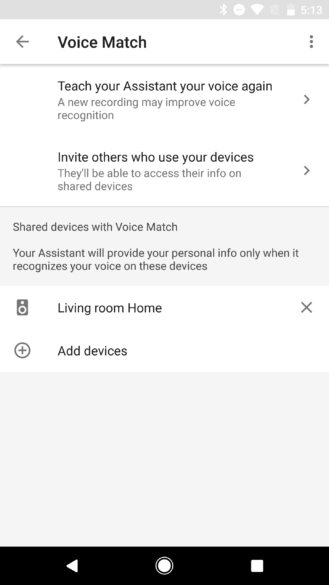 If you hop into the Google Assistant settings screen, you'll find that the Shared Devices page has been renamed to Voice Match. This isn't exactly just a rename, it seems to change focus of the screen itself in a few ways while keeping the same basic features. Your shared devices are still listed, but they are shown below two prominent commands to retrain your voice, which was previously available from a link in the small print, and to invite others to train their voice on your devices. The FAB for setting up new shared devices has also been replaced by another line item that blends in a little more easily. 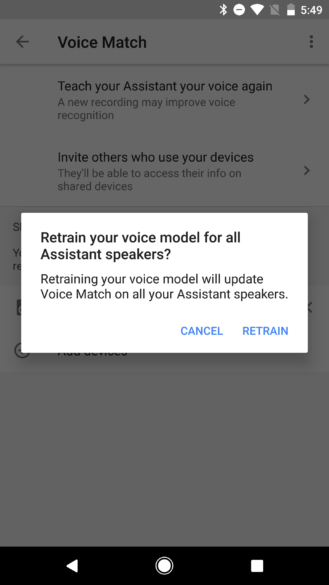 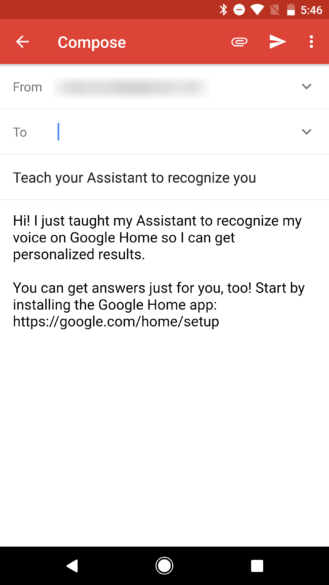 The option to "invite others who use your devices" is a bit misleading, at least if you interpret this to mean the feature will grant special access to other people to use Assistant on your phone, or even help them set up a voice model with your standard shared devices. It doesn't do either of those things, it just opens a share prompt with a default promotional message encouraging users to install the Google Home app, which will naturally have its own promotional messages suggesting that they should configure their voices on devices they're already set up on.

The Voice Match name first appeared during Google's October 4th event. You'll also find it mentioned in a few other places throughout the Assistant settings, as it relates to more than just shared devices. For example, the voice unlock settings now reference it since it involves your voice profile.

Despite all of this, Voice Match appears to be just a branding detail. There aren't any new capabilities that weren't already there. It's possible there will be more to come under the Voice Match name, but for now it appears to be there so people have an easily recognizable name for Google's voice detection feature. 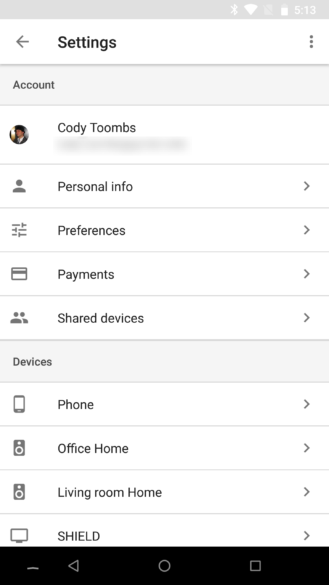 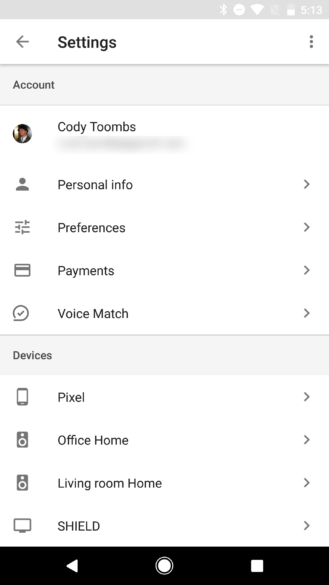 Finally, there is a visual adjustment to the Google Assistant settings screen. The thin divider lines between list items have been thrown out, making the whole screen look cleaner and matching the style already present in the settings for the rest of the Google app. The comparison shots above show only the top-level screen for Assistant, but this style change is consistent throughout the rest of the subscreens.

You'll also find that a few screens now have indented options that used to be evenly aligned to the edge. 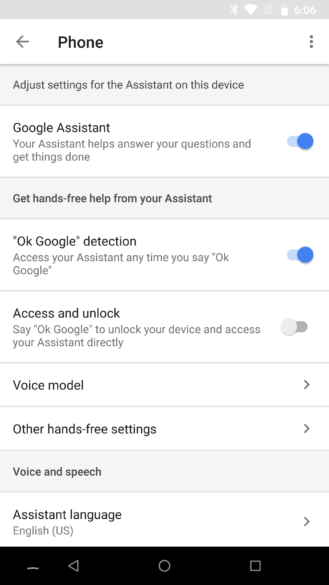 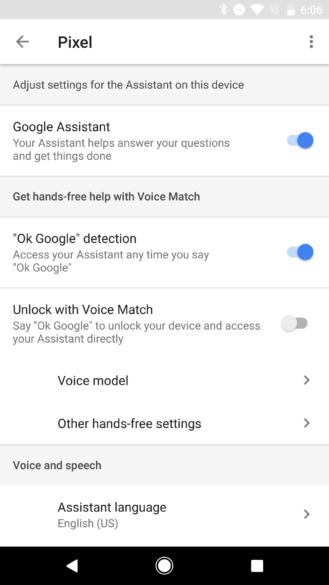 As each new version of Android progresses through development, some of Google's apps begin emerging with little hints that they're starting to target the features of the upcoming OS update. We've already been playing with Android v8.1, also identified as API 27, but the Google app's latest update comes with a hint that the final release of the developer preview may also come with a name change. The build name attached by the SDK was just changed from '8.1.0' to 'P', but the platform version code is still set to 27.

The timing and circumstances raise a couple of interesting questions. In recent history – let's overlook those early years when codenames and versions changed about as often as coffee filters – Google adopted a loose pattern of releasing major platform updates annually, and occasionally following up with a .1 update without changing the codename. Based on what we can see here, the .1 update will be coming with a new codename, which hasn't happened since KitKat.

While breaks in the pattern aren't very consequential, the timing certainly could be. Google already declared that a final release of v8.1 had been planned for December, and we know it will be API 27. If it does indeed launch with a new codename, it will replace the Oreo name that Google only unveiled three months ago. Not only would that make Oreo the shortest-lived codename in Android history, it would also be a very early end to the co-branding arrangement between Nabisco (owner of the Oreo name) and Google.

Due to the potential marketing consequences of ending the shared branding agreement so quickly and adopting a new codename for a .1 release, which supposedly confuses the non-enthusiasts out there, I think it's worth raising the possibility that this wasn't an intentional change. The API (27) is obviously finalized for Android 8.1, and it's pretty likely the SDK is too. It's plausible that a developer working on the SDK prematurely made the switch to the 'P' name in preparation for starting work on the next major release of Android, but hadn't bumped the API version to 28 yet. The developers of the Google app then used that version to build the app, not knowing it had this one odd change. Again, I'm not trying to say this is what happened, only that it's reasonable to consider given the very abrupt change and how late it's appearing in the 8.1 timeline.

Note: This just went live. See the related section above.

Plenty of people are just now getting their first taste of Google Lens, but it might not seem all that functional in its current state. Sure, you can identify objects, art, and locations with a fairly good degree of success, but your options for following up on those things is a little limited. If the content of the frame doesn't trigger as a phone number, address, or something else to be OCR'd, you're probably not going to get much more than Google's guess, which can either be sent to a Google search or the picture can be shared to another app.

There will be some more options coming soon, or at least Google will be suggesting a few specific actions. A few new strings tell us that there will be at least three possible suggestions, depending on the content of the image.

For one, you'll be able to translate text in a picture. That's hardly a new thing for Google, but it'll be nice to have it conveniently located in Lens. There will also be a suggestion to send the picture and probably some text to be stored in the Google Keep app. Finally, an option will be available to "remember this," which likely puts the Reminders feature to use, though there's no hint whether this option is always suggested or only appears when the picture includes a date.

I've covered the podcast feature to the point that I almost don't want to write any more about it. Fortunately, this is going to be quick. Podcasts marked as having explicit content will show those markings when the Google app displays them.

I mean, did anybody expect otherwise...

If you do a Google search, you can usually customize your search to focus on different types of content like videos, images, etc. On most browsers, you can also look to the far right of those options to find additional search tools. Depending on the mode you're in, these can filter based on a few different criteria from when something was first discovered by Google to things like the length of a video or the format of an image. 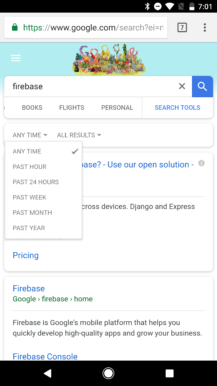 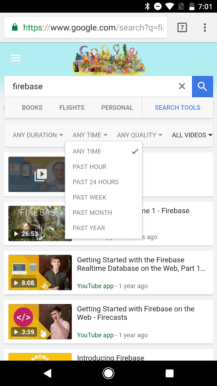 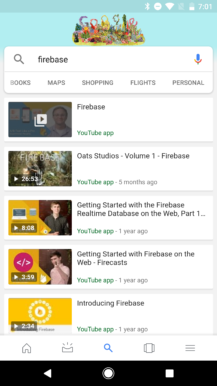 Strangely, these search tools aren't available in the actual search feature of the Google app – you have to hop over to a mobile browser if you want to use them. It looks like this oversight might finally get a fix. Lots of new text matching the options for those filters has been added to the Google app.