The main reason Microsoft is making Edge for mobile is to give existing Edge users a seamless workflow across all their devices. It was only a matter of time before the ability to sync passwords was added, and now it's here. When you set up the app, you are given the option to log in with a Microsoft account. You can also log in from the settings page. 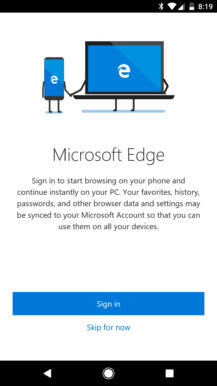 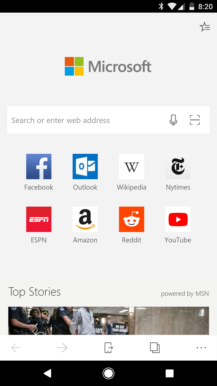 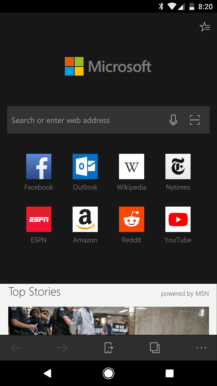 The other new feature is a dark theme, which can be enabled from the settings. There are a few minor bugs, like articles on the New Tab Page still having a white background, but it works fine for the most part. There's no automatic dark mode yet, but I wouldn't be surprised if that is added later.

You can get Edge for Android at the Play Store below, or from APKMirror.