The Razer Phone was designed by the same folks who handled the Nextbit Robin, which snapped like a twig in JerryRigEverything's hands. Fortunately, this metal-clad phone fares a bit better, though it's by no means a durability champ like some other phones. But hey, at least it doesn't completely bend in half, right?

Zack begins his tests with his Moh's hardness picks, and the screen scratches at level 6, which is average. The metal speakers and frame are solid in general, though they get gouged pretty easily. The fingerprint sensor still appears to work after the torture, and the buttons do fairly well. The camera, despite being covered in glass, gets permanent marks at around a 5.5 on the Moh's scale. Zack carves a (decent) picture of a mouse into the metal back, and the Razer logo is fairly difficult to remove. The phone recovers from the rather pointless screen burn test, as all LCDs do. 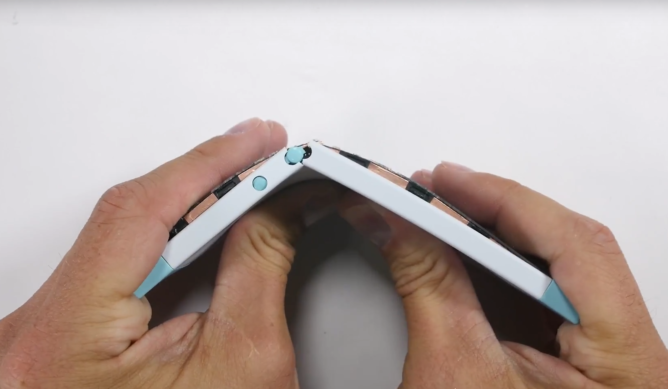 This is what happened to the Robin. Ouch.

Finally, we get to the bend test. The Razer Phone does bend more than other phones usually do, though it's obviously much stronger than the Robin was. A kink does appear where the power button/fingerprint sensor is, which might make it pretty difficult to use. A second bend snaps the metal above the volume buttons, but it's still perfectly usable. You can see all this carnage in the video, which is embedded above and linked below.