Little is more predictable than the yearly update cycle of a football game, and the latest version has just hit the Play Store. Football Manager Mobile 2018, made by SEGA, is one of 3 variants of the game being released for different platforms this winter. There's a standard console/computer edition and also a special touch edition. The latter will be available for Android tablets, but that version isn't available until November 24th. Not to worry, though, as the small screen Mobile release is already here. 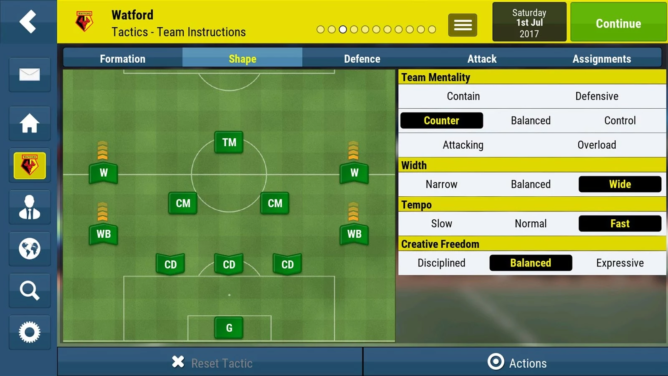 Although much is likely to be the same as the 2017 edition, there are a few reasons to upgrade. You can now try your hand at two new leagues, in the USA and Korea. The database of players has been updated, of course, and now contains almost 21,500 players. Team reports now offer greater insight than before, and the UI has also been significantly improved, which should make selecting tactics a little easier.

The Mobile version will set you back $8.99/£8.99/€9.99, while the slightly more fully featured Touch edition will cost more than double that when it launches later in the month. It may seem pricey but it's clearly worth it to some, and initial reviews on the Play Store look encouraging.

Football Manager Touch 2018 for tablets is now out

A couple of weeks after the phone-specific version of the game launched, we now have an option for tablets, too. Football Manager Touch 2018 is optimized for larger screens, but it also costs more than twice as much as the mobile edition at $19.99/£19.99/€21.99. Play Store reviews for both have been mixed so far, so it might be worth waiting a little while to see if the dev will fix some of the issues.