Capcom has seen fit to bring a new Puzzle Fighter game to Android, with all the good and bad that entails. You see, unlike the previous games in the series, this release is free-to-play, which means there are plenty of in-app purchases and gacha mechanics thrown into the mix that can greatly alter the core competitive gameplay. So sure, we now have a legit Puzzle Fighter game to play through on Android, but it doesn't quite offer the same experience we all once enjoyed, which is a shame.

Yes, sadly Capcom has turned Puzzle Fighter into a free-to-play hero collection game. As I talked about in a hands-on I did with the title prior to its official release there is much changed about how you go about choosing your character. You have to unlock them individually, which will take quite a lot of grinding to gain access to the complete roster. Opposed to how the majority of characters were immediately available for play in the earlier titles, this does not sit well with me. Clearly, Capcom would rather their players struggle with unlocking their character of choice just to push them towards the game's many in-app purchases than to merely let us enjoy a solid selection of characters right off the bat.

Of course, you also have the fact that this is a competitive multiplayer puzzler to contend with. On the surface that would sound like something any fan of the game would be overjoyed about. Sadly the competitive gameplay falls short thanks to the fact that players can purchase an outright upper hand by gambling their money away on loot crates, all for the slight chance of unlocking that one character or special move they are looking for. 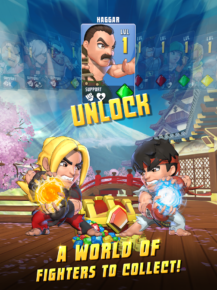 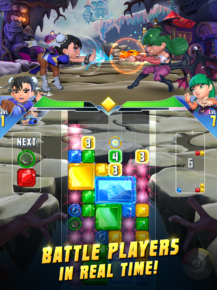 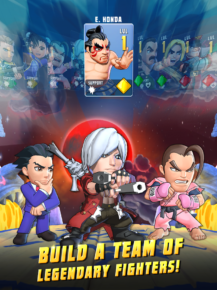 Now don't get me wrong, if you love the Puzzle Fighter series, there is one redeeming factor to consider. You get to play Puzzle Fighter online with your friends, which is simply fantastic. If you can find people to play against that aren't into the whole IAP thing, then you very well may have at least a few evenly matched rounds to enjoy. But if you plan on focusing your time on working your way up the online leaderboards, yeah, you better be prepared to get your wallet out.