Multi-window apps are a part of the mainstream Android experience now. Some OEMs like Samsung introduced the feature a bit earlier via their own implementations, but now anyone with a device running Nougat/7.0 can take advantage of it and enjoy the convenience of two apps at once. For certain workflows it can save a ton of time, especially if you have enough space to really take advantage of it, but how often do you actually use it?

Some apps, like Google Maps, weren't super useful until they were updated to properly take advantage of multi-window, and others still don't work ideally just yet. But for those it does work correctly with, interacting with the contents of two apps at once can be a boon to productivity and convenience. 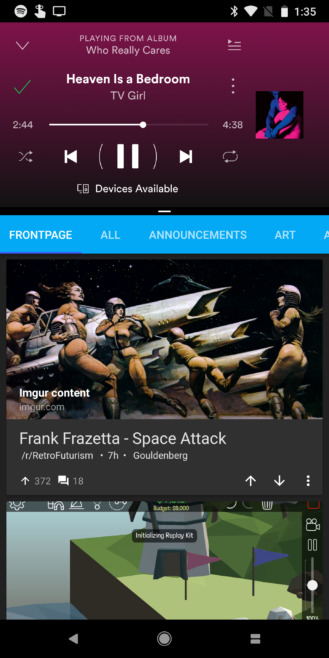 Personally, split-screen is one of those things I almost entirely forget about. For one, it gets cramped. If one of the apps I'm using requires keyboard input, the space that's left isn't really sufficient for two apps. Doing stuff on a small screen is difficult enough as it is without cutting what's left in half. And if limited visual space isn't a problem, usually whatever I'm doing doesn't require enough back-and-forth to merit two apps at once, switching in full-screen is fine. But, I avoid doing any real work on my phone/tablet.

My experience may not be typical, though. Many of our readers use combinations like Google Maps and Waze while driving, or mix in PiP or free-form mode with productivity apps. On rare occasions riding the subway, I've even tossed a few apps together, like Slack and Spotify or a reddit client. At least, when I remember multi-window is a thing.

But, what about you? How often do you use it? Here are all the phones updated to support Project Treble