There aren't as many big players making Android Wear watches right now, but Huawei is one of them. The second-gen Huawei Watch came out earlier this year, and the price has remained pretty close to the MSRP. However, both versions of the watch are on sale today for more than $100 off MSRP. 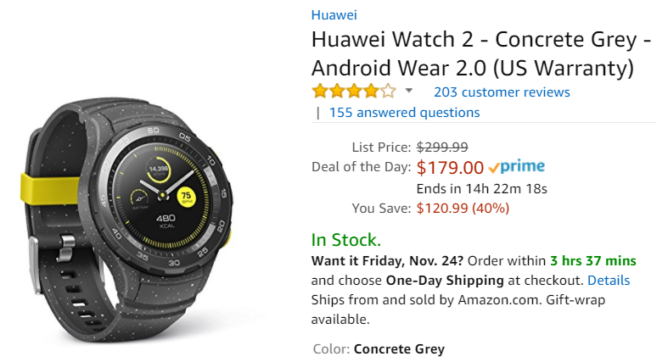 Internally, both the Watch 2 and Watch 2 Classic are the same piece of hardware. They've got 4GB of storage, a Snapdragon 2100, GPS, and NFC. On the outside, the Huawei Watch 2 is a sporty device with an integrated silicone band. The Classic is a bit more conventional with a hybrid leather/rubber band you can easily swap. 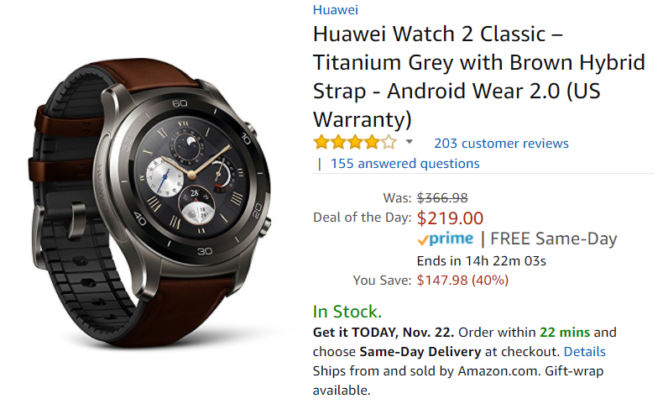 The Huawei Watch 2 has been bouncing around between $300 and $250 in recent months, but now it's $179 on Amazon. The Watch 2 Classic has been consistently close to $350, but now it's $219. These are solid deals if you're looking for a high-end Android Wear watch.