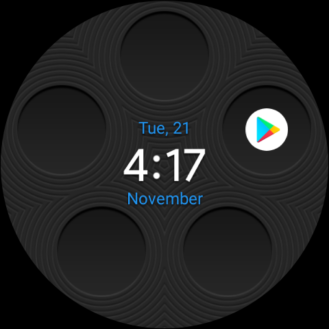 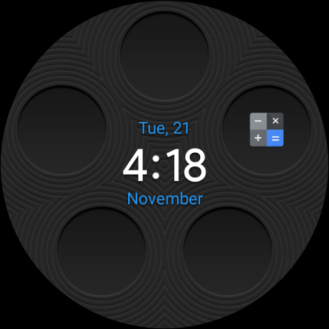 Through complications you can launch a few handy tools with a single tap. Static shortcuts to apps were available with the launch of Android Wear 2.0, but now you can also add a shortcut to your most recent app. After any app is run, its icon will appear in the place of the complication, so you can always tell which one you're getting. 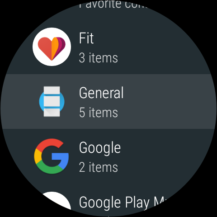 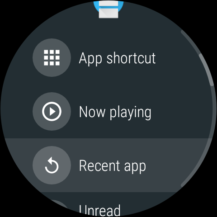 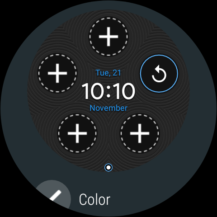 To add the Recent App complication, open the watchface editor and pick one of the complication spots. You'll find Recent app listed under the General category. 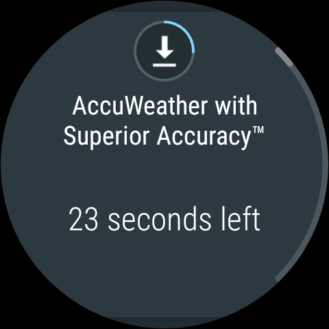 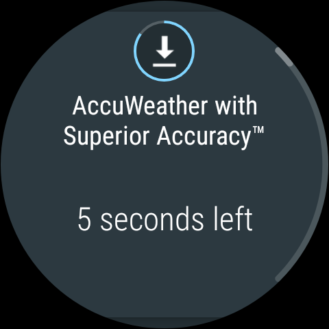 The download status indicator has been in Android for longer than most of us care to remember — It's basically from the stone ages. Android Wear is still catching up a bit, but it now has its own spin on this notification with a progress card for downloads. A countdown is shown for the time remaining for a download, meanwhile the halo surrounding the icon at the top will fill up as you get closer to the end of the download.

Another simple addition to the UI comes in the form of connection status indicators in Quick Settings. Just pull down the shade from the watchface and you'll be able to spot Wi-Fi, Bluetooth, and cellular icons right next to the battery indicator. 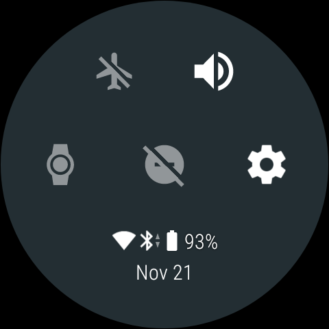 There's a set of up/down arrows to show data activity, but they appear to be shared by any and all connection types, so you can't really tell which connection is active.

The most defining trait of smartwatches is the small screen, which means developers should make the best of the limited number of pixels that are there. But the last thing you want to do is get stuck without enough text to understand if a notification warrants extra attention, and that might be worth a little bit of squinting.

Android Wear will now make a slight adjustment to text size if it's starting to take too much space. According to Google, this can give you an extra line or so of text. It's pretty subtle in the screenshots above, but when closely compared to each other, the letters in the short message are slightly larger than those of the longer message. I doubt most people will even notice the difference, but it's better to squeeze in a few extra words at slightly smaller text than to have them eaten up with an ellipsis as the message gets too long.

There have been complaints from some users that swipes are too easily triggered, resulting in cards being dismissed before they should be. The changelog for the new update reports that it should be harder to accidentally trigger swipes and long-presses.

There's no good way to demonstrate this, especially with just screenshots, but it does seem to require swipes to be slightly more intentional than in the past. Even though it's quite subtle, this is a pretty important change for a small screen wearable.

Note: This APK is for installation directly on Android Wear watches, not on phones.