YouTube is a lot of things to a lot of people, but for gamers, it's the ultimate cheat guide to every game, ever. If you can't figure out how Nathan Drake is supposed to get through that tower scene with the snipers or you're stumped over the pattern needed to survive 8 more seconds of Cup Head, you're going straight to YouTube. But depending on the game, you might have to sit through 20 painstaking minutes of slow gameplay to understand a strategy, or you might have to rewatch the same clip a dozen times to spot the timing needed for each move. That just got a lot easier as the YouTube Gaming app just added playback speed controls, and they're a bit faster to access than on the regular YouTube app. 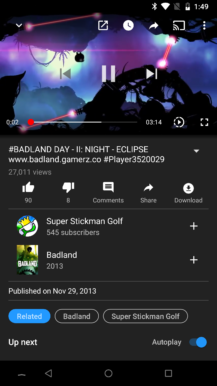 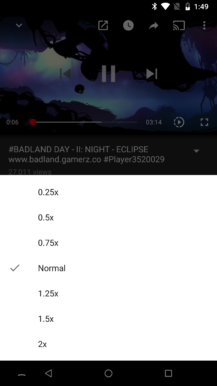 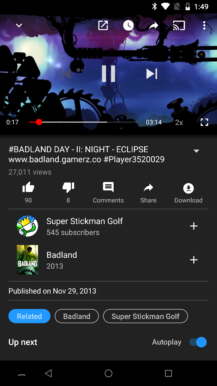 Start a video in YouTube Gaming and tap on the viewer to bring up the player controls. Look at the bottom-right corner for a new icon between the fullscreen button and the length of the video. Tap it and you'll be able to adjust the play speed between as little as 0.25x all the way up to 2x. The speed you choose will replace the playback icon.

The main YouTube app already offers the same playback speed controls, and the options match exactly, but they're a bit less convenient to access. To get to those, you have to bring up the control overlay, hit the overflow menu, then hit the playback speed option from the menu before setting the speed. Yeah, that app only requires one more tap, but it feels a lot slower. 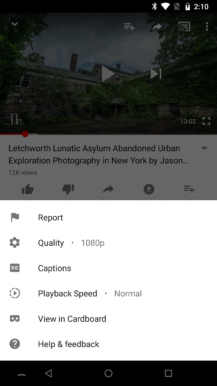 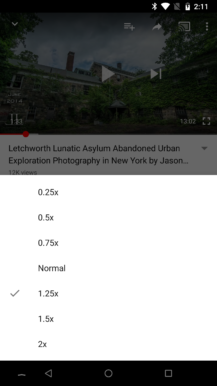 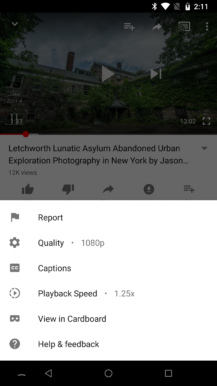 It may have taken a while for the speed controls to make the jump from the main app to Gaming, but at least it happened with thoughtful placement of the button. Now it'll be easier to drop the video to slow motion for close examinations or slam it into double speed to watch somebody else work through a long maze.

I hate to be that guy, but maybe it's time for double-tap to seek? Speed controls and fast seeking were kinda the must-have features for gaming videos...