Way back in 2007, Google introduced the CitizenTube YouTube channel as the site's "political video blog." Though it hasn't been used in quite a few years (the most recent video was uploaded in 2012), it was recently terminated for violating YouTube's policy. CitizenTube is now live again, but given the types of videos that have populated the channel's homepage, it looks like it was hacked.

We didn't catch the channel while it was down, but it reportedly showed visitors this message when accessed:

Given how CitizenTube is a Google-run channel, this was obviously a bit confusing. Some people speculated that the channel had hilariously been a victim of Google's automated DMCA algorithms. It's now back up, and it's strangely showing a ton of political videos in mostly Arabic, depicting news involving protests out of places like Syria, Tunisia, and Bangladesh. 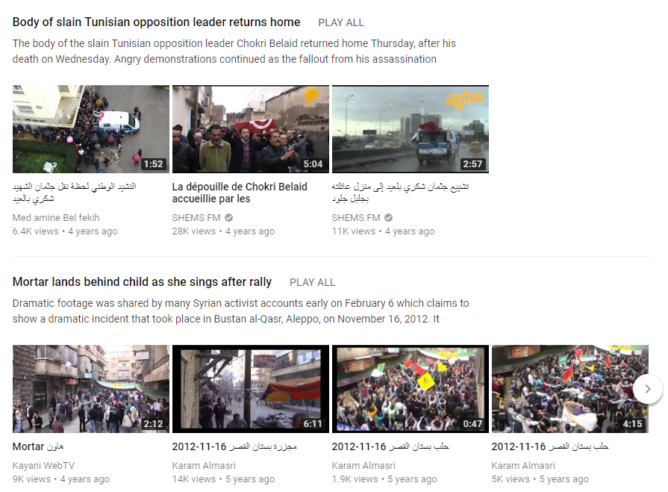 Our best guess is that the channel was hacked in an attempt to spread this news, and that Google shut it down based on the content that was added. However, it doesn't look like the company has gotten around to cleaning the mess up yet, as the videos are quite clearly still there.

It's worth noting that the playlists you see are simply featured on the channel's frontpage; no videos have been uploaded (or they're not there anymore, at least). Hopefully, we find out what actually went on behind the scenes soon.