We've all been there. You're caught up in a YouTube spiral, each video you watch ends with a recommendation that you can't refuse. Day turns to night and the bright background of the app contrasts sharply with the darks and midtones of most videos, making your eyes more tired than they need to be. You rub your eyes to bring them back to life, but it's only a temporary fix. What you really want is to make those bright white backgrounds go away. There's some good news: Dark mode is coming.

The feature is actually called "Dark Watch," at least that's the name it's going by internally. This also isn't a total reskin of the app, which some people have asked for, but it does target the video player screen that causes the most problems. That could obviously change in the future, but for now the description of the toggle is pretty specific. 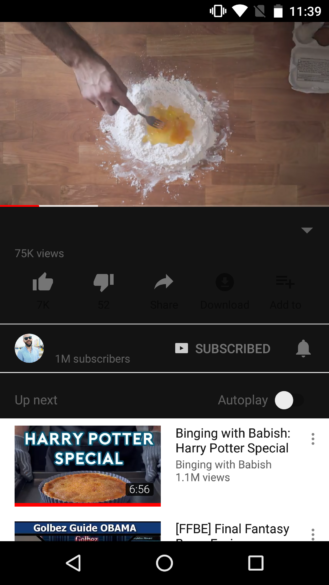 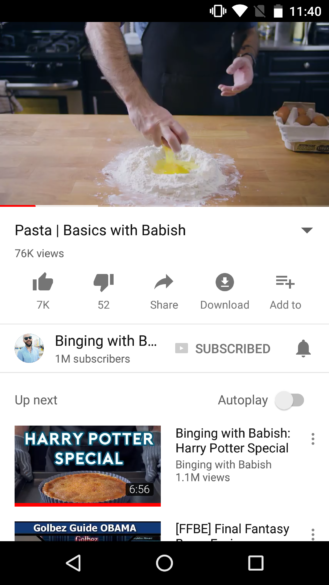 As the screenshots above show, Dark watch isn't finished yet. Some text and icons are completely invisible on a black background, even the video title. Some elements like the Autoplay toggle are either too bright or too dark compared to the rest of the controls. And the entirety of the recommendations list hasn't been altered yet. This is obviously just the beginning, it's just a matter of updating all of the layouts and fine-tuning the UI to be balanced.

The toggle for this setting has been added to the developer preferences screen, which isn't intended for users to be poking around. It's not entirely clear if this will ultimately become an option for users or if YouTube intends to switch to a fully dark theme in the future, though I seriously doubt the latter.

Regardless of how much is finished, at least we can confidently say the oft-requested dark mode is in the works. This should be pretty great for those of us that watch videos in the dark, not to mention burning slightly fewer electrons on OLED screens.