Firefox has been falling in marketshare for a number of years now, mostly due to increased competition from Google Chrome. Over the past year or so, Mozilla has been working on a number of massive fundamental changes to Firefox to make it faster and better than ever, and version 57 is the culmination of these efforts. The update was finally released today across all platforms, including Android.

The main attraction, at least on Android, is the new Photon UI. The old gray and orange design is gone, replaced by a more minimalist white design with blue highlights. I would have preferred a bit more color, but I still think Mozilla did a good job with the design. 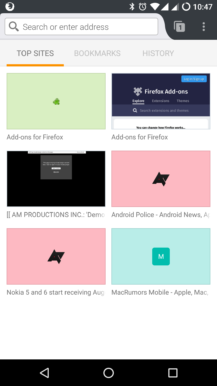 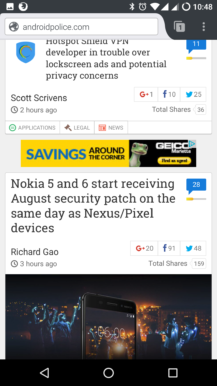 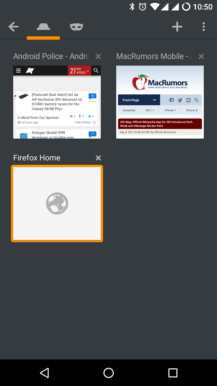 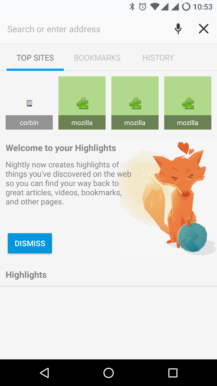 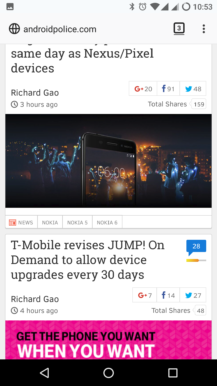 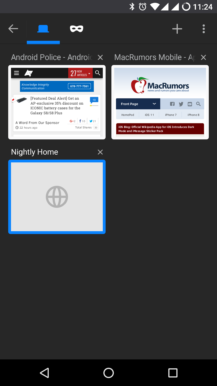 Mozilla has been hyping up Firefox Quantum's speed improvements, but unfortunately, not all of the enhancements have made it to Android. One of the major new features, the new Quantum CSS renderer, has not arrived to the mobile browser yet (it's currently slated for Firefox 59). Still, there are a few performance improvements in this release.

Just like with Firefox 57 on the desktop, support for 'legacy' browser extensions has been dropped. Mozilla introduced the new 'WebExtensions' API with Firefox v48, and extension developers have been moving to the new standard in preparation of Firefox 57. There are still a few holdouts that haven't been ported yet, but most of the popular extensions have made the jump.

Google added 'Custom Tabs' to Chrome back in 2015, allowing apps to open pages in Chrome without actually opening the full Chrome application. The feature has been implemented by a large amount of Android apps, but it only worked if Chrome was your main browser. Starting with this release, Firefox on Android has its own implementation of Custom Tabs. 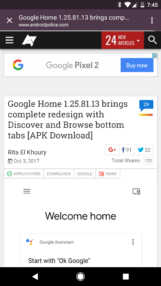 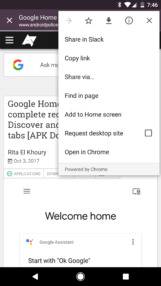 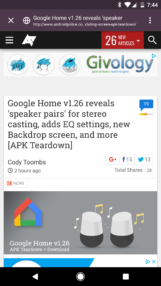 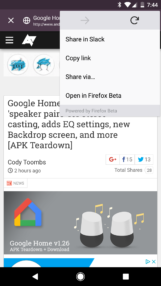 If you have Firefox set as your default browser, some apps will open a Firefox Custom Tab when you tap on links. I say "some," because it doesn't seem to work for all apps, even ones that have implemented Chrome Custom Tabs. For example, links opened from Slack worked, but not ones from my Google Feed. I'm not sure if app developers have to implement Firefox's version separately or not, but it's definitely a nice addition regardless.

Mozilla is still rolling out Firefox 57 on the Play Store, so if you don't want to wait, you can grab it right now from APKMirror.