There's a fresh version of the Google app rolling out on the beta channel right now. This one doesn't appear to put a lot of new stuff in front of us for use right now, but there are hints scattered around that tablet support is ready to launch. A teardown brings the more interesting clues, including more capabilities for Routines, additional details for the screen-enabled Google Home (i.e. Quartz), and even downloadable podcasts. 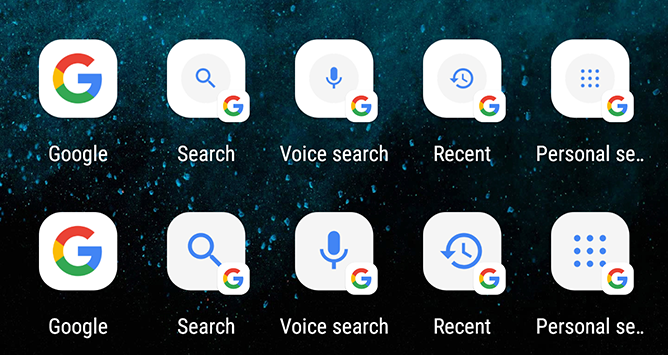 Earlier today, an update to the Play Music app brought some fixes for the slightly broken adaptive icons used with app shortcuts. The Google app is getting exactly the same treatment. The icons are now larger and fit properly within their bounding space. Also gone are the slightly off-color circles based on the round icons left over from Android 7.1's attempt at uniformity. – Thanks, Wikiwix! 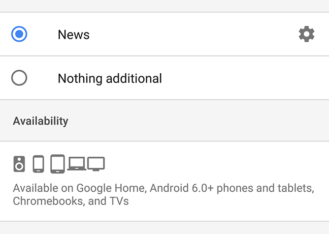 It's a little detail, but if you check some of the screens in the Google Assistant settings, you'll notice that tablets are now mentioned as supported devices. Our teardown of v7.14 predicted this would be coming, so this just shows Google is probably going to begin rolling it out to devices like the Pixel C shortly.

Google announced 'Routines' earlier this year during its October 4th event, but didn't give a lot of information about what they do or how they work. We basically just knew that they could be used to perform multiple actions with a single command. However, it won't just be commands that can launch a routine, events will also be watched.

Judging by new text, Google Assistant will be able to react when you dismiss an alarm. The suggested actions include reading a weather forecast and details of your commute, turning up your lights and thermostat, and even playing music, radio, or news. Of course, these are just suggestions, and you may want to do entirely different things.

If you agree to run routines after an alarm, Assistant will also ask you to give it permission to control your Do Not Disturb settings so it can take your phone off silent. It will also ask if you're willing to have potentially personal details read aloud while your lockscreen is active.

Podcasts are a recurring topic in these Google app teardowns, so I don't see a point in repeating much of the conversation about them. In short, there's more text and this time it relates to downloading episodes.

A few weeks ago, a teardown revealed that Google is definitely working on a version of Home with a screen. One of the features discussed in that post was the ability to create timers. The main elements discussed there were focused on the on-screen interface for timers, but it seems natural to assume there would also be a spoken interface. Now we have those lines.

There are just three commands to pause, resume, or stop timers. Obviously you can also create one with voice commands, but that isn't mentioned here (yet).

This update brings one other small addition related to Quartz, though they are mostly just more lines related to the step-by-step recipe feature. These strings basically add more formatting lines for enumerating ingredients, steps in the preparation and cooking phases, and number of servings.

I don't know what this is yet, but there's a new feature codenamed 'snowman' appearing in the resources. The text tells us that it will allow us to control what is in our feed.

After examining code, the only thing that can be said with confidence is that snowman is part of the Google Feed (duh) and that there will be a minus '-' button for removing content that isn't to your liking, which obviously trains the system. We'll keep watching for more details, but this looks a little too fresh to make many predictions.