Over the past year or two, we've seen a rise of 2-in-1 Chromebooks like the ASUS Flip lineup and Samsung's Chromebook Plus/Pro. But using Chrome OS in tablet mode is still rough around the edges. Now Google is trying to change that, with the introduction of split-screen windows in tablet mode.

Now, when you flip a Chromebook into tablet mode, the current active window becomes maximized with no way to resize it. You can only close it, minimize it, or just open another window. This isn't very intuitive, especially considering Android has had split-screen multitasking for a year now. Thankfully, this is being changed. 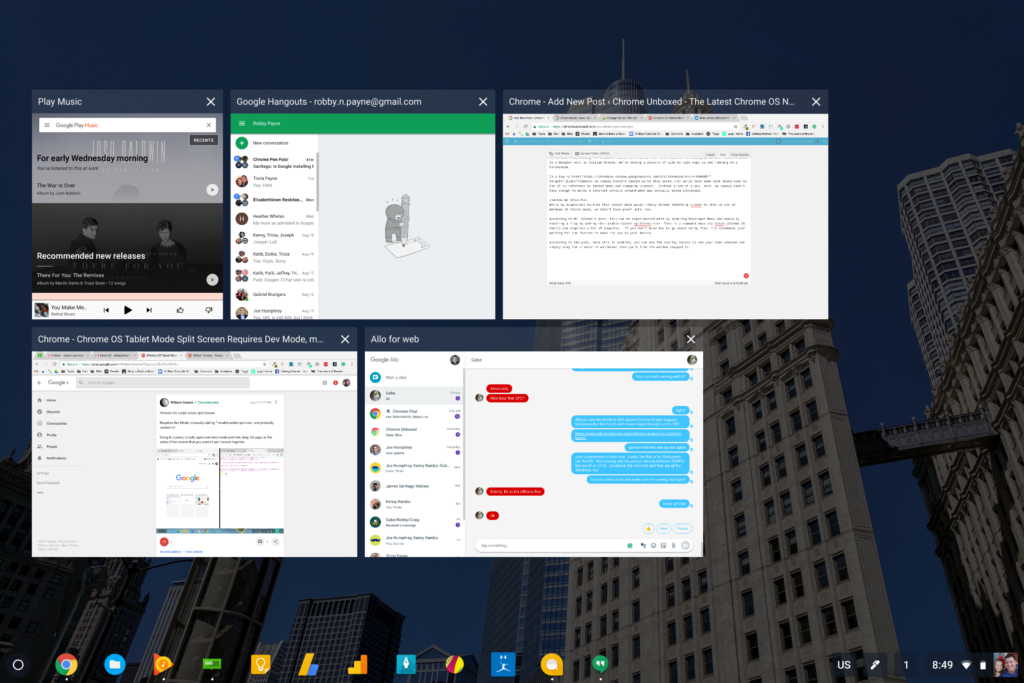 Once you enable Developer Mode on your Chromebook and manually turn on the -enable-tablet-splitview flag in the Chome OS Shell, the new split-screen feature becomes available. Once this is done, you can press the overlay button to see all your open windows, and drag them to different sides of the screen. You can then re-adjust how much space each window gets by dragging the divider, similar to multi-window on Android and Windows 10.

This is obviously much better than the current behavior, but there's no telling when it will become default in Chrome OS. These changes are just part of Google's larger focus on improving Chrome OS on touchscreens, presumably in preparation for the rumored "Eve" Chromebook with Google Assistant.

Split-screen in tablet mode is now available as a standard flag, so you don't need to put your Chromebook in developer mode. The below video from Chrome Unboxed shows the flag in action:

If you're on the Chrome OS Dev channel, just go to this flag (copy and paste the link into the URL bar) and set it to 'Enabled.' Note that this doesn't work for Android apps yet, just Chrome windows and windowed web apps.