T-Mobile has been moving aggressively to expand its network over the last few years. A major component of that push has been rolling out new LTE bands. How can you know if a phone has support for those bands? There's now an official T-Mobile app to help you figure it out.

The new BYOD Check App lets you input the first few digits of the IMEI number to see if it works on "Extended Range LTE" and T-Mobile's VoLTE. Extended Range LTE encompasses both band 12 (700MHz) and the much newer band 71 (600MHz). The app doesn't differentiate between the two right now, but there's only one phone with Band 71 anyway (the V30). 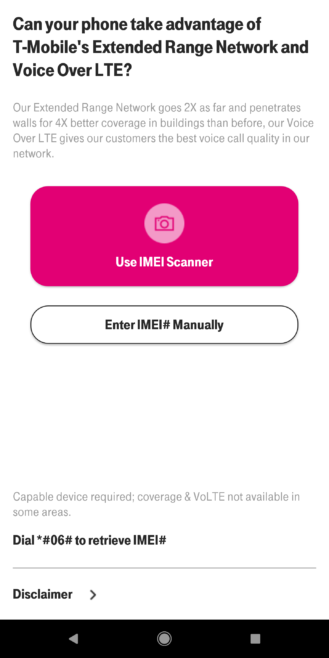 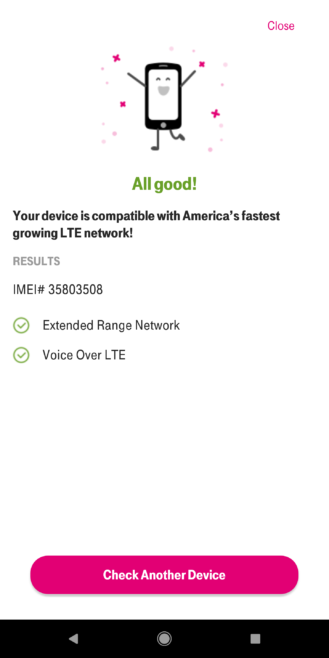 You can enter the IMEI of a phone manually or use the scanner function and point it at the barcode on the box. However, I found this to be extremely finicky. Hopefully T-Mobile is working on that.