Hey, remember that time when a Hangouts update added a shruggie code? How about a month later when the following version expanded to a whole library of ASCII and emoji shortcodes? Then that time about a year later when a few more were dropped in. Look, I'm not trying to draw a parallel between shortcodes in Hangouts and the stickers in Allo, but... #inb4. But seriously, the cool thing about the one and only easter egg phrase added to the latest Hangouts is IT'S F*#&)@& ZOIDBERG! 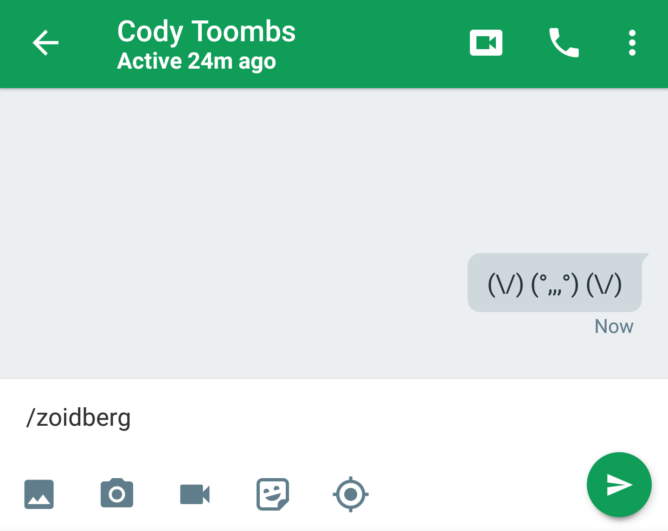 Yes, your favorite Decapodian has a cameo in Hangouts. It's actually an ASCII rendition of him, but that's cool since the Hangouts team probably wasn't about to license the image just for an easter egg.

To bring the not-so-competent doctor to your next chat, just type /zoidberg and hit send. The message will be automatically converted to the symbols (\/) (°,,,°) (\/) when it's displayed in the message history. Only the sender need be updated to v23 of Hangouts.

We're gonna skip the hurtful meme (that will obviously get posted in the comments anyway), and go with this one instead. 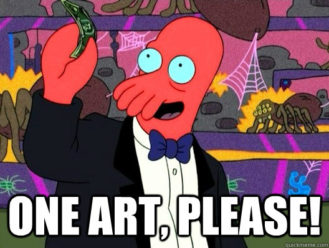 Zoidberg isn't the only critter getting an easter egg, there's also a new one dedicated to one of Earth's most notoriously adorable dogs: Corgis.

This one is launched the same way as Zoidberg, just type /corgis and you'll get a cute little pup running across the screen. There are three different colors of corgi to see, so keep trying until you hit them all.

Be advised, this one is just for you. The corgis won't appear on anybody else's screen, even if they are running the same version of Hangouts. As a little background, the source code that runs this easter egg is actually named StressMode, so I guess this is just supposed to be the little bit of inoffensive cuteness you need to get through a conversation with a frustrating coworker. /shruggie

These are the changes we've seen so far, but keep in mind that there are surely bug fixes and possibly some other features that escaped notice. Keep an eye out for anything else that may have come with this update.