Lately, some of you have been expressing your displeasure about the amount of Pixel 2-related issues we've been reporting on. These issues have been brought to our attention due to the sheer amount of enthusiasts who purchase and use these phones. But make no mistake about it - while the Pixel 2 and 2 XL have been having some issues that shouldn't be present on phones of this caliber, other phones have similar(ly hilarious) issues. Case in point: two of Samsung's newest flagship phones are having the same muted microphone issue that can also be solved with a Nintendo-style blow.

That's right - if you're having issues with your Galaxy S8 or Galaxy Note8 microphone not being able to properly record your voice, you may want to consider blowing into the USB Type-C port and microphone area on the bottom of the phone. This still sounds like a joke, but it really isn't; there are quite a few threads on both the S8 and Note8 Samsung forums with people reporting this problem and subsequent fix. 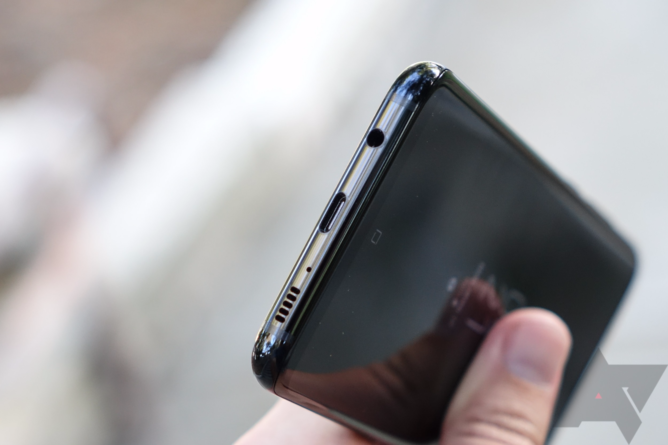 Take a deep breath and force the air out of your mouth into this general area.

Most of these owners are finding the simple workaround to be pretty funny, though some are understandably annoyed at the fact that a simple hardware issue on their $1000 phones is preventing them from properly making phone calls or using voice commands. However, it's worth noting that there may be an underlying software issue with this, as some are saying that uninstalling/disabling a certain app or rebooting have fixed their problems.

And hey, if you've spotted a fairly widespread issue that you haven't seen reported on, send it to us at our tips email. The more eyes we get on these problems, the more quickly we can let you know about them.