Earlier this year, YouTube elected to make the double-tap gesture skip forward and backward in videos. A few weeks ago, matching text appeared in a teardown of the YouTube Music v2.02 and 2.04 apk, which pretty much guaranteed double-tap to seek would be spreading. And with v2.06, it's live. 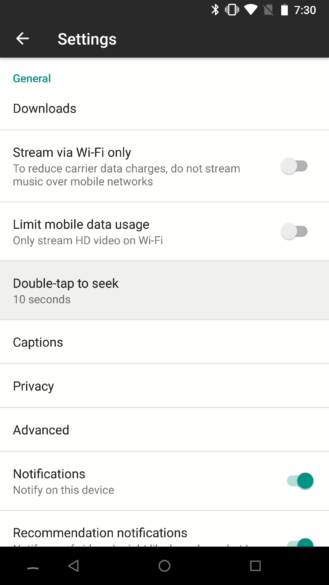 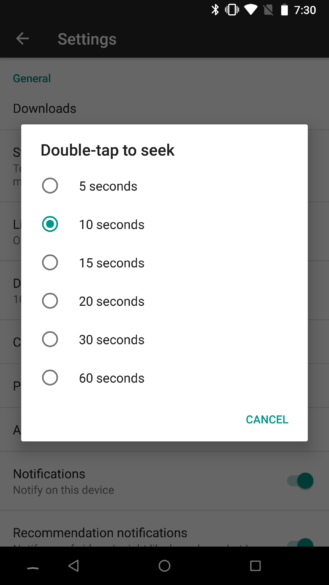 In every way, the double-tap to seek feature behaves like it does in the main YouTube app. You can even adjust the skip interval in settings with steps ranging from 5 seconds to 60 seconds. Since YouTube often does staged rollouts, it's possible double-tap to seek might not be live for all users yet.

Now when you get into an argument about whether Brian Johnson ever actually sang "dirty deeds done with sheep," it'll be much easier to replay the same few seconds over and over again.

Tablet layout (for the player screen) 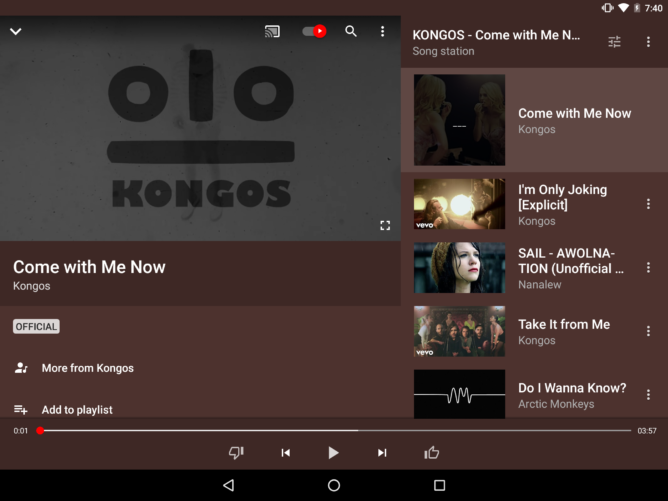 A common criticism of the YouTube Music app in our comment section has been centered around one glaring omission: It couldn't be installed on tablets. That's not entirely accurate, it could be sideloaded, but the Play Store itself had tablets marked as incompatible. I won't speculate on a reason for that decision, but it's likely explained by the fact that the interface had zero customization for tablets, which meant you would see the classic "stretched-out phone interface."

As it turns out, v2.04 actually added a tablet layout to the video player screen. (Woops, I totally missed that one in our last post.) However, it wasn't until this release of v2.06 that YouTube Music became installable directly from the Play Store to a tablet.

The video player screen appears to be the only spot where meaningful improvements were made for tablets, and only when it's in landscape – portrait orientation and the rest of the app still use the single-column layouts belonging to phones. Even if it feels incomplete, it's great to see an app with such a heavy focus on video made available on tablets.