The latest update to Google Maps is rolling out on the beta channel now. This is the version that brings the just-announced restaurant wait times. That appears to be the only notable addition users will be able to see right away. A teardown also brings more meat to the upcoming motorcycle-specific enhancements. 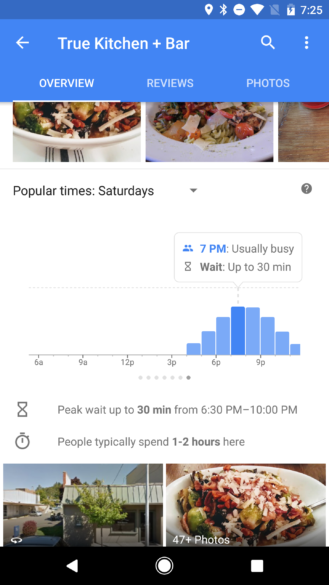 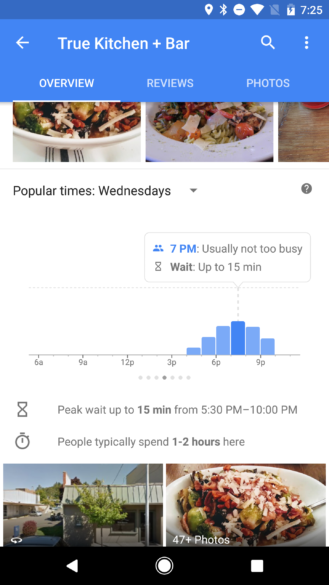 Scroll down on restaurant listings to the popular times section and you'll be treated to the new wait times. Each hour-long window (with any appreciable level of business) in the popular times list can be tapped to see what the expected wait time is. Peak wait times are also shown just below the graph.

Estimates aren't available for all restaurants; but out of the handful I checked without wait times, all were locations that could usually seat customers immediately.

One other smaller feature change is worth mentioning: Coordinates can now be copied with a tap. It's obviously not something we need to do often, especially now that plus codes exist, but it does come up from time to time. If you manually drop a pin in the middle of nowhere – at least far enough that Maps won't identify it as being next to a road – the detail card will contain actual coordinates. In the past, tapping those coordinates just re-centered the map on that point, but now it will copy the coordinates to the clipboard. 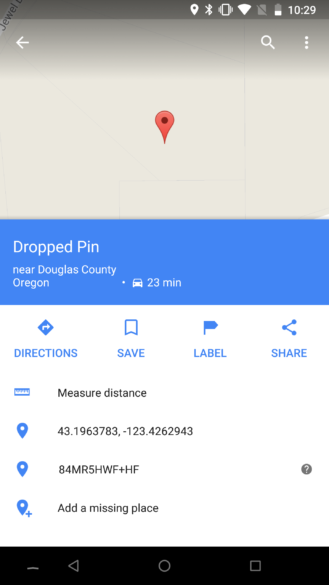 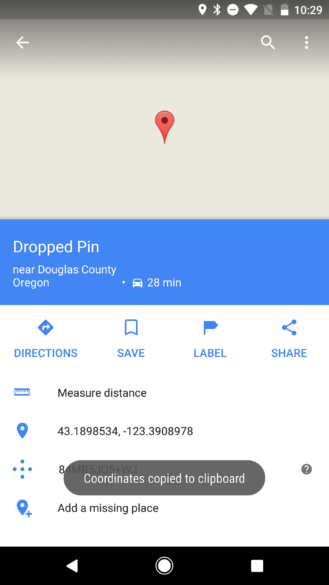 While we've got these screenshots open, I'll also point out the icon for plus codes has been replaced. It used to look like another pushpin, and now it looks like...five dots? Sure, cool, it looks different, that's really all that matters.

We've known for a while that a two-wheeler mode (for motorcycles) would be coming to Maps. You can already spot the first nod to motorcycles as it is listed in the commute settings, but the real enhancements are still awaiting launch. With the latest update to Maps, that launch may be coming very soon.

The main clue that motorcycle support is imminent comes from the addition of many new lines of promo text that will alert users to the new features when they become available. The main thrust of the promotional text is directed toward faster routes and shortcuts for two-wheelers.

There were more new lines related to two-wheelers, but most of them are either identical to or closely matched with text intended for other drivers, including indicators of traffic density and toll road warnings.

Even with the addition of promo text about motorcycle support, there's no deadline for a launch date, so it could still be a while before it actually launches. However, with that disclaimer out of the way, I think it's likely that the launch is pretty close. When promo text for a feature is added to Google Maps, the launch usually comes very shortly after, often with the next major version update.