As was mentioned previously on AP, Asmodee Digital's Catan Stories: Legend of the Sea Robbers was set to release really soon on the Play Store. Well, it looks like today is the day as it is now available for purchase at the low price of $2.99. Unlike the majority of Asmodee Digital's Android games, this new release is not a board game adaptation but is more an interactive story set in the Catan game world that plays a lot like a choose your own adventure game.

It is most definitely interesting to see that Asmodee Digital is not resting on their laurels wasting the many opportunities they have to breathe new life into their board game properties. Instead of merely releasing digital translations of the classic board games they have been purchasing the rights to, they are coming up with new and exciting ideas that translate well to gameplay on a mobile device. And sure, we have all seen plenty of choose your own adventure style games on Android in the past, but I have to admit that a Catan-themed text adventure game sounds pretty promising in my book.

The premise appears to revolve around three different characters that you interact with as you play out your role as the island's guardian. It is your job to lead these three adventurers toward their supposed shared destiny. As you can imagine multiple branching paths will be laid out before you as you make your way through this story.

If you peruse the game's description on the Play Store you will notice that this release was written by Kevin Leung and was developed in close collaboration with Klaus and Benjamin Teuber, two people who just so happen to be the creators of the original Catan board game. Considering that the storyline is based on the new scripted Catan board game expansion Legend of the Sea Robbers, it is crystal clear that everything about this story should please even the most hardcore of Catan fans. 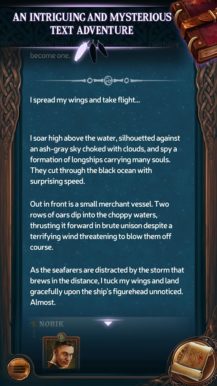 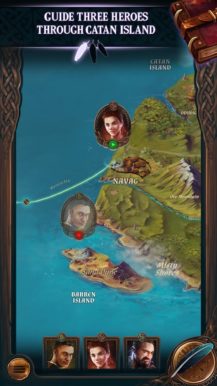 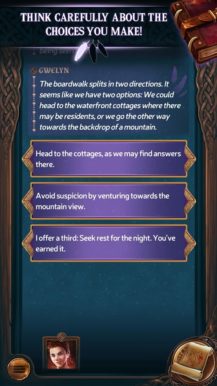 So yeah, if you have been waiting patiently for the release of Catan Stories: Legend of the Sea Robbers, it is finally here in all of its glory. To boot it only costs $2.99 and is entirely free of any advertisements or in-app purchases. Frankly, you can't ask for much better than that!