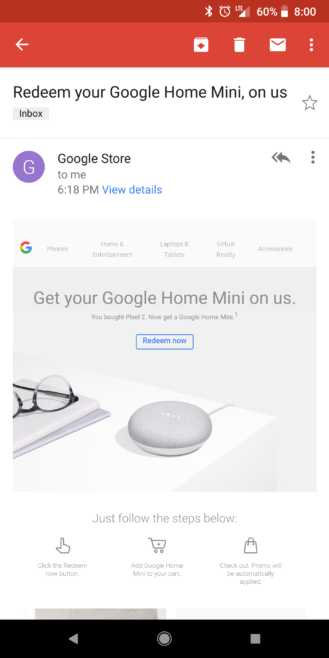 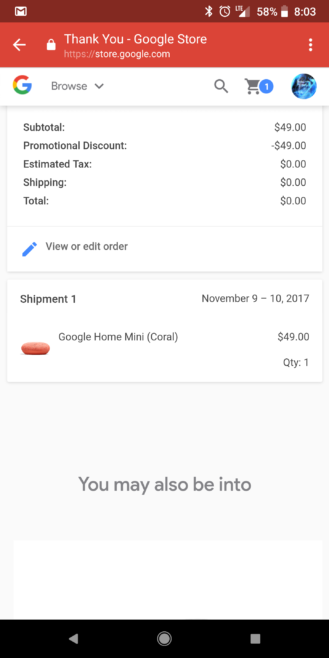 Artem, having ordered his Pixel 2 XL early, also received the email, entitled 'Redeem your Google Home Mini, on us.' After hitting the 'Redeem now' button, you're directed to the Google Store, at which point you can choose a color and place your order for your free Home Mini. It's very simple.

Those of you who ordered a few days later after the initial pre-orders went out will obviously have to wait a little bit longer. But you can rest assured that your Home Mini code will soon be on its way.