A small update to Google Photos is rolling out right now with the smallest of changes. There's a new button buried in the image editor for quickly launching external image editors. Otherwise, this release appears to be mostly bug fixes and adjustments to some of the text throughout the app. As always, if you're looking to get the latest update, hit the link to APK Mirror at the bottom.

If you're an experienced user of Google Photos, you've probably taken a spin around its built-in image editor. There are enough tools for basic cropping, rotation, and color adjustments, but that's about it. Anything more elaborate requires an external image editor. Photos already has an 'edit in' command located in the overflow menu, but the latest update also adds a button inside the built-in editor that performs the same task. 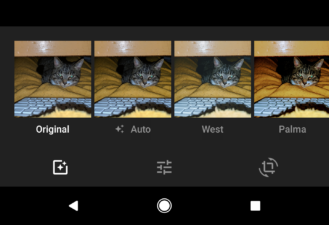 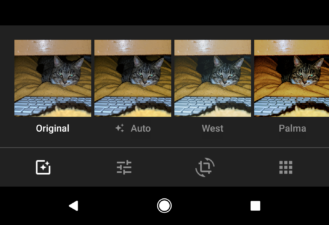 The new button is on the far right of the editor screen–it looks like the old app drawer icon. If you have made changes to the picture, the button offers to save changes before continuing. Saying no will pass the original image to the external editor, not a copy with your changes. Otherwise, the button and command in the overflow menu work the same way.

I'm not really sure why the new button exists except to make it easier to find a way to launch another editor. Even so, it's a strangely inconsistent placement. I have another theory that it may have been added to handle the special scenario of a third-party app that launches the Photos image editor and bypasses the viewer screen altogether. This way users can still jump out to an external editor if they like. I'm not sure if that situation really comes up, but it's my best guess. 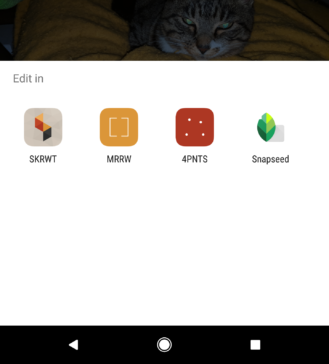 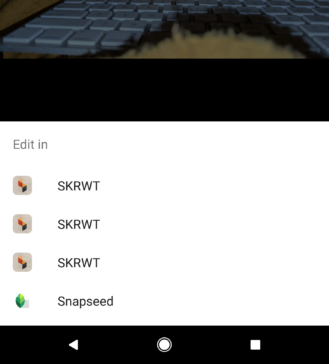 There actually is one other difference between the two methods, but it's kind of a bug. Both commands implement different share dialogs. That would be fine except for the issue shown above. The 'edit in' command from the overflow menu (left) is working correctly by showing each share receiver with the custom name defined by the developers. The new version (right) only shows the receiver application's name, which is why there are three seemingly duplicate entries–each is a different entry point. This will obviously be fixed soon enough, but I thought it was worth pointing out in case it comes up for any of the photogs out there. 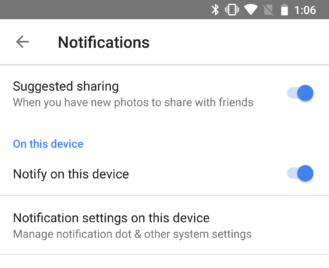 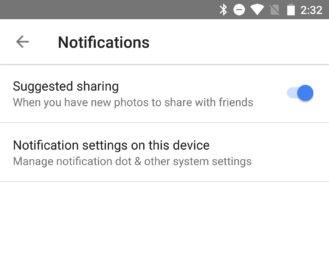 While we're listing changes, there's one more quick note. If you're using Android v8.0 Oreo, a toggle called 'notify on this device' has been removed from the notification settings screen with this update. It basically became redundant with the addition of notification channels. It can still be found on earlier versions of Android.

Twitter is rolling out the 280 character limit to everyone