When the HTC U11 arrived earlier this year, the squeezable frame ('Edge Sense') that performed actions seemed like a gimmick. But it ended up being a neat feature, and we've seen it on a few phones since then. The HTC U11 Plus and Life both have it, as well as the 2017 Pixel phones. Now it looks like Xiaomi could be working on the technology for an upcoming phone.

A reader by the name of Romit came across two hidden settings menus, while experimenting with activity shortcuts on Nova Launcher on his Mi 5 (with MIUI 8.2.2). He ended up stumbling upon a menu for 'Edge controls,' which shows how the user could squeeze the phone to go back or take a photo. 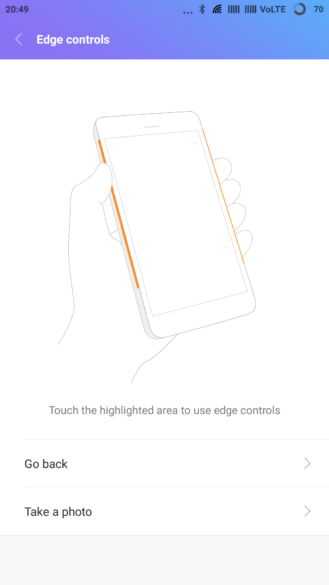 Obviously, the Mi 5 doesn't have the sensors for edge controls to work, but this likely means that Xiaomi is working on a phone with the feature. Xiaomi declined to comment.

As several of you have pointed out, this is actually not related to a squeezable frame, but a feature Xiaomi released in 2015.