Late last year, Google gave us a nice early Christmas present in the form of 4K video on Google Play. But unfortunately, that gift had a region restriction. Only those of us in the US and Canada were able to pick up media in the expanded resolution, leaving other markets with just HD content. Now people in the UK can get in on the UHD fun, too. 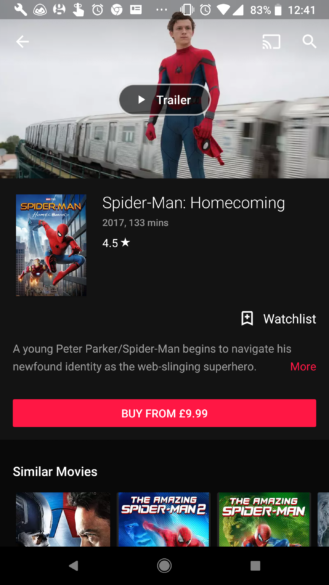 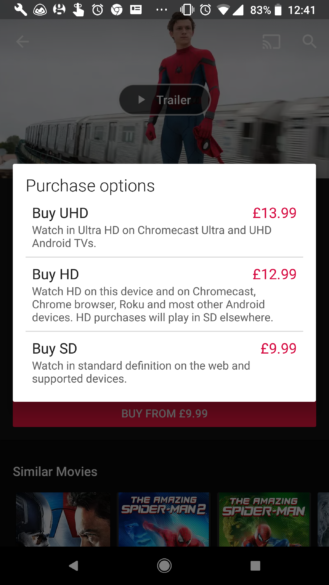 As you can see above, the UK Play Store now supports purchasing content in UHD resolution, though there is a price premium attached to the higher resolution content. Not all titles are available in UHD just yet, but a lot of more recent or restored films should be.

As stated in the Google Play help docs, 4K content will only be playable on Chromecast Ultras attached to 4K displays and some unnamed models of Android TV. You'll also need a fast enough connection. UHD content can also be played back at lower resolutions if you choose. 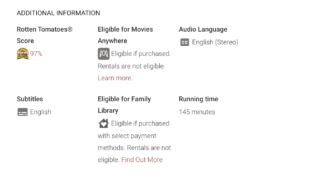 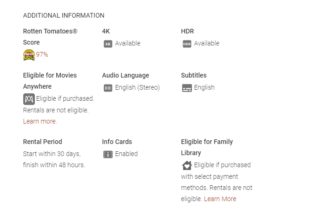 Some in the UK are also seeing HDR content available, though we can't reproduce it. The US saw HDR content begin to appear four months back, so it's nice to see it potentially appearing in more areas.

Some have mentioned seeing HDR content listed in the UK as well, though we can't verify it. The article has been updated to reflect this.