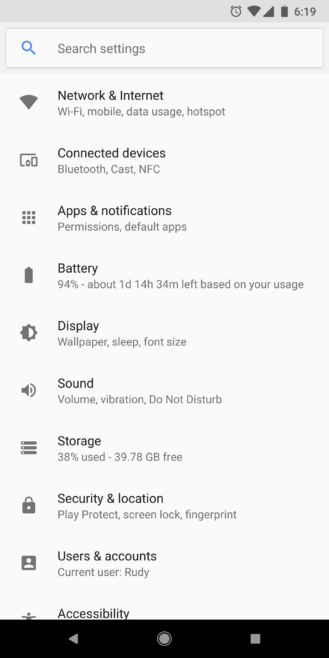 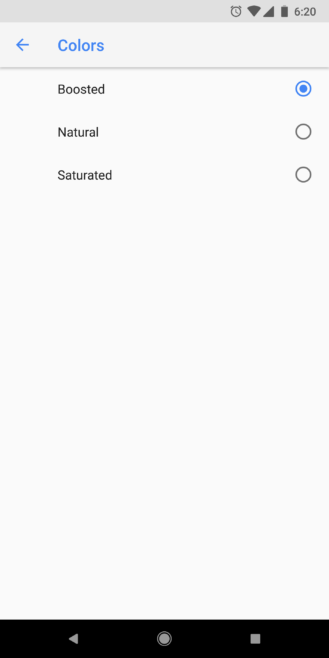 Though we didn't think that the Pixel 2 XL's November security patch was out just yet, a reader has sent in screenshots of the new mode from his Pixel 2 XL, which has it. It does exactly what you'd think it does: make colors even more vibrant than they are in the already-enhanced mode. This new option is, fittingly, called 'Saturated.'

To make your Pixel 2 XL's display a little more colorful, head over to Settings, then Display, then Advanced, then Colors. The option will be right there waiting for you.

We incorrectly reported that this option was only showing up on the Pixel 2 XL previously due to our Pixel 2 review unit running a Verizon build, which doesn't have the saturated color mode for whatever reason. 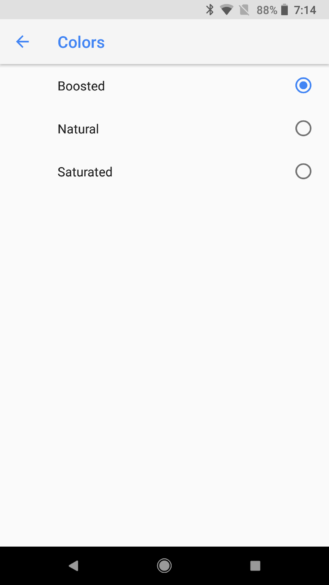 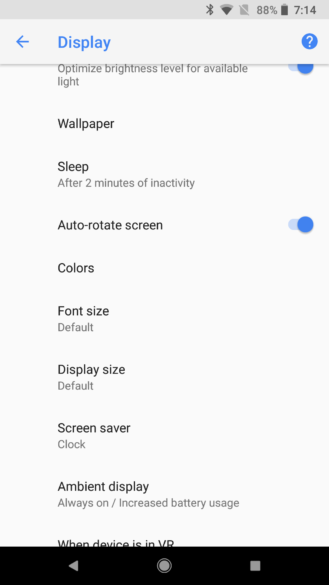 Artem's own Pixel 2 has the unlocked build, and does have the option for more saturated colors. We're hypothesizing that Verizon removed this, though we're unsure why.