The numerous worries about the Pixel 2 XL's display were addressed by Google in late October, and the company is taking action now. The November update not only adds the promised saturated color mode to the Pixel 2 and 2 XL, but also a number of other minor tweaks, including a slightly lower maximum brightness for the Pixel 2 XL and fading soft keys for both the Pixel 2 and 2 XL. 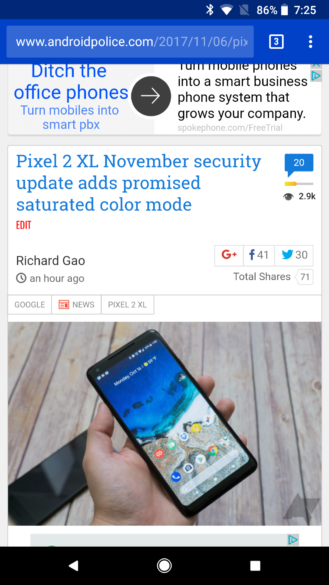 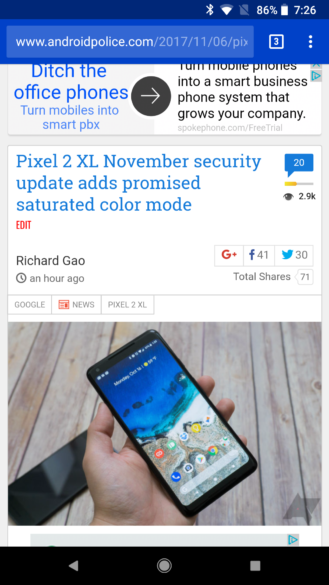 By now, we're all familiar with the fading nav buttons that first appeared in 8.1 Oreo Developer Preview 1. This was done in order to reduce burn-in, as those navigation keys are virtually always on. In case you don't know what we're talking about, you can view the difference in the screenshots above.

More interestingly, the update lowers the Pixel 2 XL's maximum brightness by 50 nits. But before you all start panicking, Google's VP of engineering, Seang Chau has clarified that the difference is "virtually imperceptible," and that it'll "significantly reduc[e] load on the screen with an almost undetectable change in the observed brightness." So while the display has technically become less bright, it'll bring benefits for a small sacrifice. This change is only for the Pixel 2 XL, not the Samsung OLED-toting Pixel 2.

Samsung's latest ad makes direct jabs at multiple generations of the iPhone, and it's pretty funny