Google Allo is loaded with quirky and unusual features, many of which fall outside of the norm for traditional instant messengers. While a lot of people write off things like selfie stickers as distractions, they serve to give users new ways to make their chat experience into whatever they want it to be. Based on a video and screenshots we've obtained from a person testing preview features in Allo, it looks like the app will soon introduce a feature called 'Activities' with the ability to launch miniature shared apps that everybody can interact with.

We give this rumor a confidence level of 9 out of 10. A video and screenshots provide good visual evidence of the interface and remain consistent with Allo's design and feature set. The information also lines up with details from previous teardowns and corroborates rumors from other sources. We are subtracting a point only because the final design and features may change by the time Google launches them for everybody.

Above: Screenshot of upcoming toolbar. Below: Current version.

According to our source, Allo is going to get a new '+' button in the toolbar above the text entry field. As you can see from the screenshots above, there are actually fewer buttons in the upcoming interface (top) than in the current one (bottom). The missing buttons were used for attaching files and locations, but both have been relocated to within a new popup window opened from the + button. 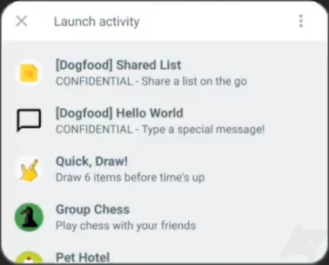 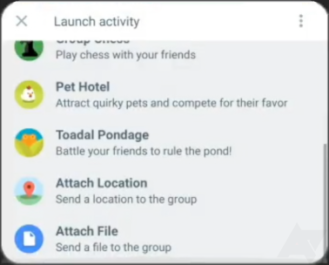 The window itself is a scrollable list of the activities offered by Allo. At the time this information was shared with us, the list contained a Shared List tool for building a list with others, an item called Hello World for displaying a message, the Attach Location and Attach File features that had been moved from the toolbar, and four games: Toadal Pondage, Pet Hotel, Group Chess, and Quick, Draw! 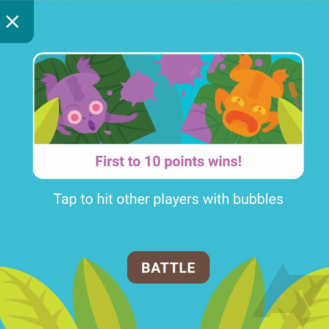 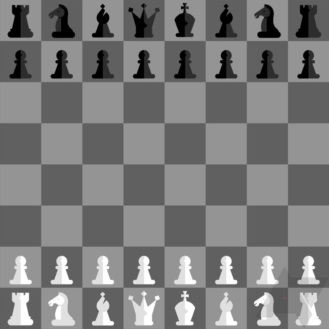 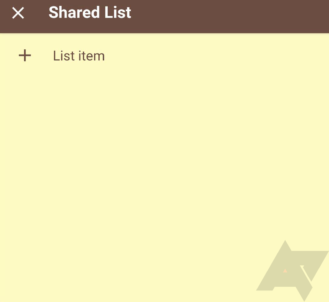 Location and file attachments appear to be unchanged, but choosing some of the other activities from the list will bring up a loading box, which suggests they are probably downloaded from Google's servers before launching.

The first sign that something like this might be coming was seen in a teardown of Allo v15. New lines named with the prefix "micro machines" included passing references to launching, activities, and resetting progress.

It's not really clear if these Activities are the real goal for Allo or if this is the groundwork for something bigger. Activities have the potential to turn Allo into far more than just a chat app. Right now, we're seeing a few basic games and a shared list, but these features feel more like demos. Perhaps the goal is to create a few in-house tools and games to keep users occupied and engaged on Allo, or maybe there's more to it.

If this becomes a platform and opens up to third-party app developers, Allo could become a powerful way to interact with friends, family, and groups with a fairly seamless experience centered around chat. On the other hand, Facebook did something similar with Messenger back in 2015, but it hasn't really caught on.

We don't know a timeline for when Allo Activities are supposed to go live, but based on what we have seen, it looks like the Allo team is probably well past the initial stages and now focusing on polishing the UI and fixing bugs.