The original beta for Google's Android operating system was released on November 5th, 2007, making today ten years since the first public version of the software. It's tough to pin a specific date on Android's origins—people usually reference either today or September 23rd, as that's the date in 2008 was when 1.0-r1 was released—but November 5th is generally regarded as one of Android's birthdays.

That means, as of today, Android is ten years old. Looking back at all the earlier releases made us curious, what version of Android first got you started?

For a nostalgic trip, you can check out Google's first demonstration for that newfangled "Android" it's been working on. You know, someone really ought to start an Android news site. Something authoritatively named, maybe Android Patrol.

There have been a lot of individual Android releases over the last ten years, with a correspondingly long lineage of hardware. As we waxed nostalgic on this special day, each of us here at AP started to think back on our first time with the platform.

As an example, my first experience with Android in daily use was with Android Ice Cream Sandwich 4.0 via the Galaxy Nexus. At the time, I was fresh out of college and working at a used electronics shop in Boston. Though I was big into tech and a fan of both Google's services and open source software, a limited budget kept me using a dated iPhone 3GS. I had previously picked up an Archos 101 "tablet" running Eclair/Froyo, but it wasn't a great experience.

Then Google released Ice Cream Sandwich along with the Galaxy Nexus. 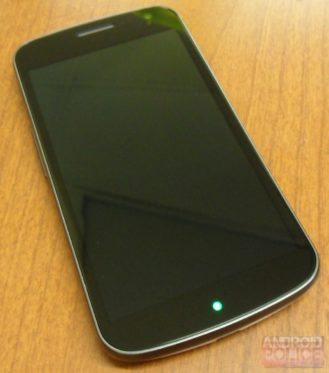 Just look at that Gnex. Hawt.

Until the release of ICS, I always found Android to be a bit lacking in features compared to its competitors. Of course, the playing field was a bit wider back then. At the time I liked WebOS, and I hoped that Meego might have a future (for a short period, I even entertained the idea of picking up a Nokia N9). But with Android 4.0, Google proved in my mind that Android wasn't just a serious contender, but one of the best mobile platforms out there. Since then, I've never looked back.

Now that you know my story, I'm interested to see which version of Android first brought you to the platform. Was it the Flash support in 2.2 Froyo, or the multitasking ease of 4.0 Ice Cream Sandwich? Maybe you hopped on with the G1/HTC Dream, or perhaps you only joined the party with 7.0 Nougat. Whatever got you started, in light of the anniversary, we'd be curious to know.