Google Maps has gotten a lot more social this year. Earlier in 2017, location sharing was enabled for the masses. Google also launched a feature allowing users to create and share lists of places. However, only Android and iOS users were able to set up these lists, and web-based Google Maps users were limited to just seeing them. That's changing now, as Google begins a phased rollout of the list creation and sharing feature for desktop-bound Maps users.

You'll find the process to create and share lists on the web version of Maps is similar to the mobile experience: Find a place of interest on Google Maps, click on the "Save" icon in the left pane, and add the place to an existing list or start a new one. 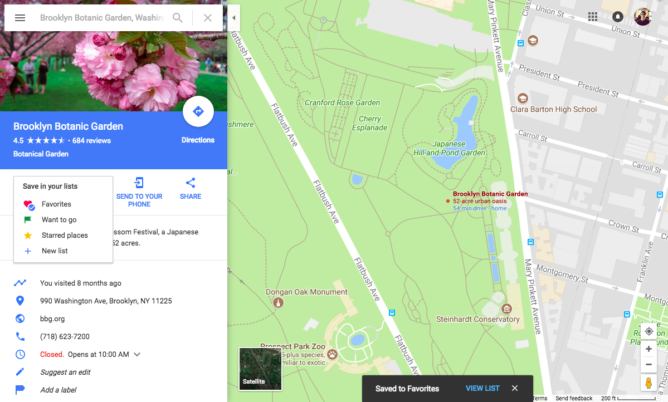 Once you've added a place of interest to a list, you'll see a confirmation pop up at the bottom of the map, as well as a check mark on the list you've added it to.

If you go to "Your places" (accessible via the hamburger menu), you'll see your lists under the "Saved" tab. From there, you can grab a shareable link to a list, or share it to Google+, Facebook, or Twitter. You can also choose whether to make your list private, shared, or public. 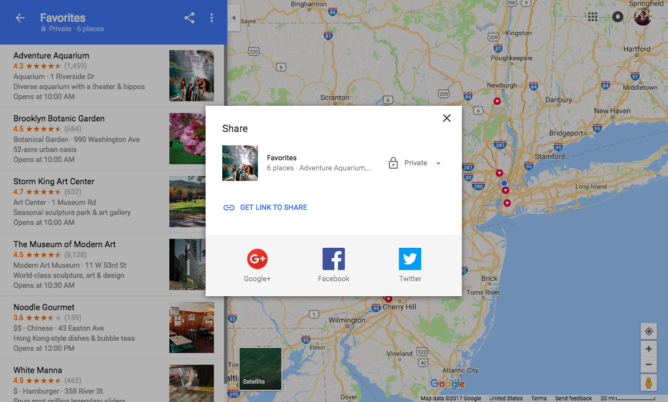 The new feature is rolling out to Google Maps users over the next few weeks. A collaboration layer to these lists would be quite compelling, but Rome wasn't built in a day and all that.

The community of Local Guides on Google Maps was given early access to create lists on their Android and iOS smartphones way back in August 2016, though it lacked a way to share them. If you're interested in getting first looks at new Maps features, consider becoming a Local Guide. Just know that how early you get access to new goodies may depend on your Local Guide level, which is based on how many reviews you write, ratings you give, photos of places you add to Maps, and more.