Google occasionally adds new features to its web search or makes design changes, sometimes without a public announcement. Most recently, Google began rolling out a rounded interface to the mobile search. Now, the company appears to be testing a new comparison feature. 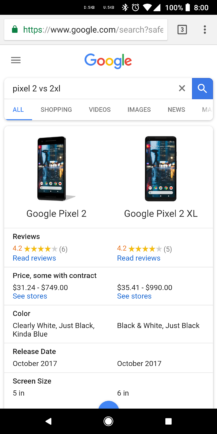 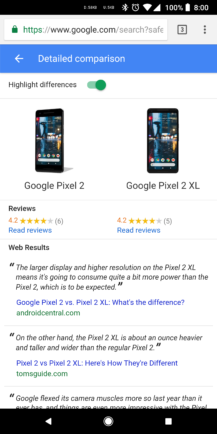 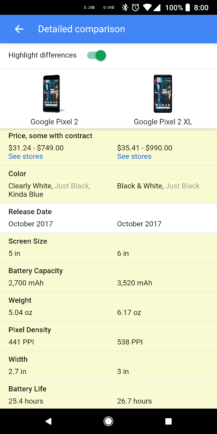 For some users, searching for two devices with "vs" in the middle (for example, "Pixel 2 vs Pixel 2 XL") brings up a new comparison chart. A few rows are visible on the main results, and tapping the blue button expands it to show every detail. There's even a mode to highlight differences between the two. It doesn't seem to work with three or more devices, only two. 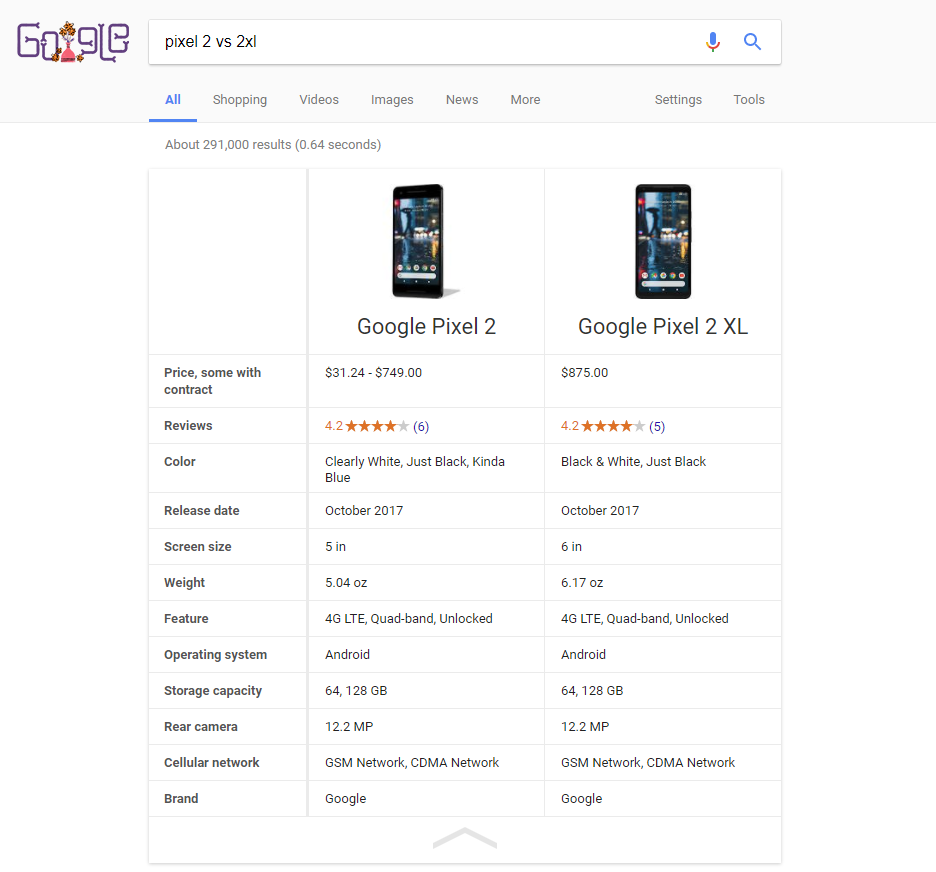 This still seems to be rolling out. Several members of the AP staff, myself included, don't have this feature yet. Let us know if you see it in the comment section below.