Today Razer has announced its new Android device: the aptly named Razer Phone. It has the world's first 120Hz "Ultramotion" display, the first use of Qualcomm's QuickCharge 4+, and a great set of specs like 8GB of RAM, 64GB of storage (further expandable via microSD), and a 4,000 mAh battery. It will cost $699 and pre-orders will be live as soon as today, with general availability for North America and Europe on November 17th.

It isn't too surprising that Razer would be making a phone. Outside the earlier leaks on the subject, it was obvious that the company wanted to move into the mobile space when it picked up Nextbit back in January. In fact, if you look at the styling of Razer's latest device, it has a decidedly Nextbit-like aesthetic to it. Given the 12-to-18-month hardware pipeline, the odds are high that it was in development before Razer's acquisition.

With that in mind, there's more than one way to look at this phone. It's simultaneously Razer's first and Nextbit's second, making it a bit more than just a freshman effort.

On paper, the Razer Phone sounds like most 2017 flagships, but there's definitely more to it. Most of this device's unique appeal is a result of the screen.

The 120Hz 1440x2560 IGZO display takes advantage of Qualcomm's QSync—similar to Nvidia's G-SYNC or AMD's FreeSync—so if performance ever does start to become a problem, you shouldn't see much stutter when it does drop below 120fps. If the framerate drops below the refresh rate, the display will adjust to match, without having to worry about tearing or stuttering.

A 120Hz display also has uses outside of gaming, though. Mobile VR has been historically limited by a low framerate so the screen on the Razer Phone could offer a much higher quality experience, although it isn't OLED. Add in the QSync and even the seemingly unavoidable (and traditional) Android jank might be less noticeable. 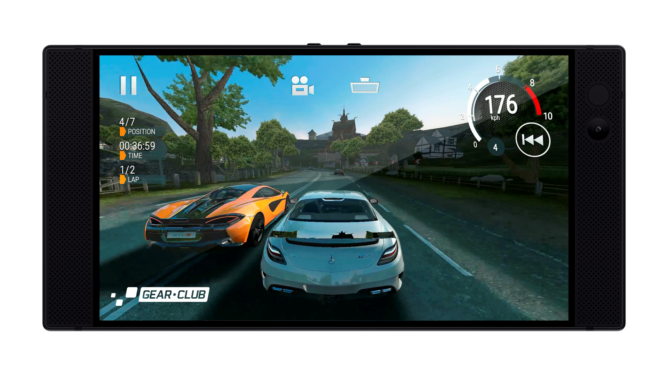 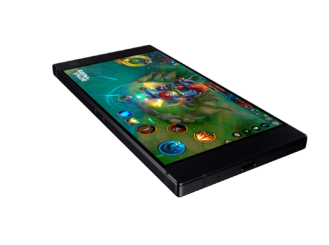 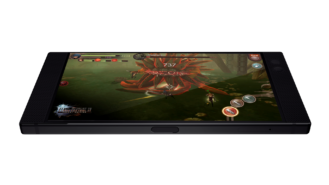 The only question I have in my mind is how well the battery and GPU can handle the 120Hz display. A 1440p screen is already quite a lot of pixels to be driving. With double the framerate, the GPU will have to work a lot harder. Qualcomm's Snapdragon 835 is quite capable, though.

Razer is pushing this hard as a mobile gaming-focused phone, but I think there's space for a more universal appeal, although it might not have the super-slim bezels that so many recent flagships offer. 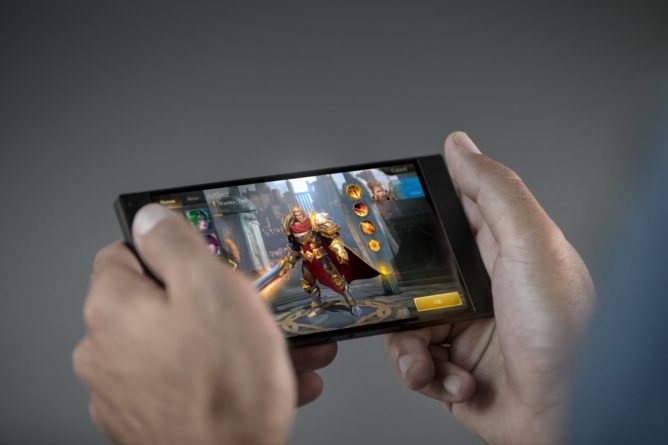 Although the design resembles the Nextbit Robin, the Razer Phone is a bit larger in every dimension, including thickness. Since the Robin did have middling battery life and something of a durability problem, it's probably a good thing that the Razer Phone is a bit bigger, and 8mm is still plenty thin. The switch to aluminum from plastic should also help.

One of the jokes that made the rounds was that the Razer Phone, like the company's other products, would have to include some sort of "xtreme gamerz" ostentation. Details like superfluous RGB lighting, soft-touch rubber coatings, and hard composite angles coated in juvenile "xtreme" fonts. Nothing pleases me more than to say that isn't the case here. If anything, the phone is delightfully understated. It's simple and elegant, a thin gray slab of aluminum and glass, with round buttons, accents, and just a bit of texture on the front in the form of the perforations covering the front-facing speakers. In shape, it's reminiscent of the Nextbit Robin, with that same sort of retro-futuristic charm its forebear had.

There's an intense attention to detail on this phone, too. The volume buttons and combo power/fingerprint reader are perfectly vertically centered, and the bezels are symmetrical in size. Nextbit alumnus and designer Scott Croyle may have left Razer just recently, but his hand is certainly visible in the design of the Razer Phone. I loved his work for HTC and Nextbit, and I love it here.

The software also looks like it's made for Android enthusiasts. The launcher on the Razer Phone is the much loved Nova Launcher. Usually OEMs are determined to create their own, but in this instance you probably won't need to replace the stock launcher right away. And although it launches with Nougat, Razer has promised an upgrade to Oreo sometime in Q1 2018. 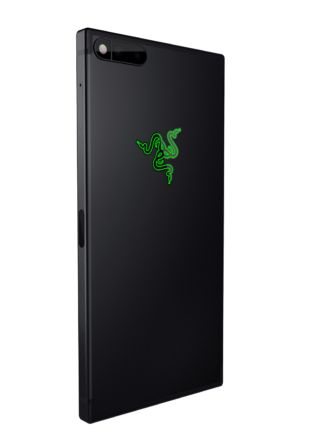 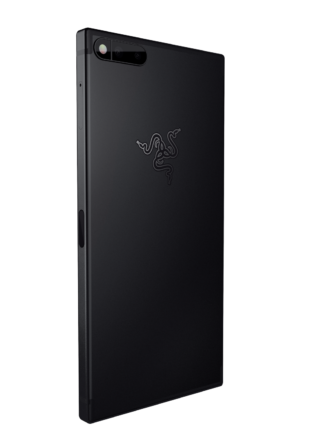 Special edition model on the left, standard on the right

The Razer Phone will be available in two editions. The standard model will have a black Razer logo on the back, but a special edition will replace it with a neon green logo. So if the textured-black-slab look isn't quite as much your thing as it is mine, you can dress it up just a bit with a green accent.

It's also worth noting that the Razer Phone is GSM-only, so if you're on a CDMA carrier like Verizon or Sprint, you're out of luck.

Although the phone was announced today, you'll still have to wait a bit longer to actually pick one up. It'll be $699 when it goes on sale in North American and Europe on November 17th. If you prefer to grab one in person, at that time you'll be able to pick it up at Three stores in the UK/EU, Microsoft Stores in the US, and Razer's store in San Francisco.

Plan your next boating trip with Garmin's new ActiveCaptain app