Google already has some tools to make creating VR and AR content easier, but designing 3D models for apps can still be difficult and time-consuming. Google aims to lessen the hassle with its newest initiative. Poly is a searchable database of 3D objects and scenes for developers to use in their apps. It has thousands of models, and supports remixing and editing via Google's design tools. Best of all, it's free.

Poly is intended for use in Google's VR and AR platforms, but you can use the 3D object for whatever you want. Just search for something, and click to preview on your computer or in VR using cardboard/Daydream. Poly is integrated with the Tilt Brush and Blocks design tools, so you can upload .obj files and edit the objects you find on Poly. The content is free, and Poly automatically credits the original creator of an object if you make edits and re-upload a new version. 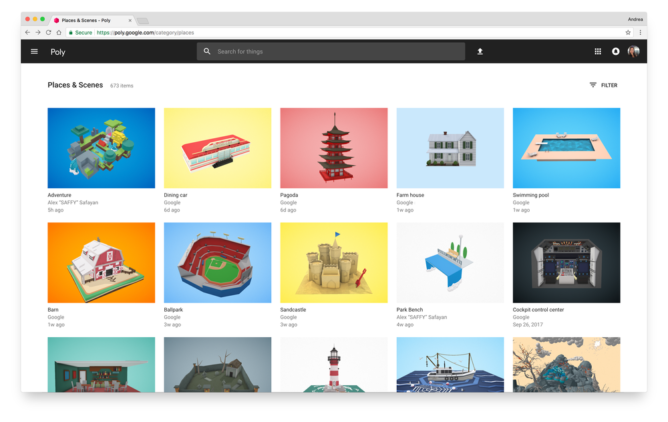 The Poly website is live now with the option to download objects and export GIF previews. However, an API for developers will be released later to streamline the process of using Poly content in apps. You can sign up to be notified when the preview API is available.

Google made a Chromebox for Hangouts video conferences