Google's clock app doesn't get a lot of functional changes these days. It really doesn't need to since it only does a few things and it does them well. However, today's update goes beyond cosmetic changes and bug fixes, it has upgraded the city selection screen to hit an online database to get even more locations and accurate time zone data. There is also a small change to the icon to discuss, and a teardown reveals that the Clock app is the first to offer direct integration with Google's upcoming feature Routines. 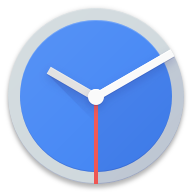 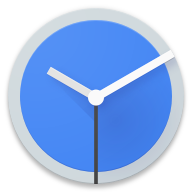 If you're looking for changes to the look of the Clock app, there's no better place to begin than the launcher icon. If this were just sitting in your app drawer after an update, you might not even notice there was a change, but it's pretty easy to spot in the blown up shot above. Yes, the second hand has been drained of color, leaving it black. I don't have a lot of comments about the change itself, but I'm guessing the change was made because the red and blue didn't look very good together. 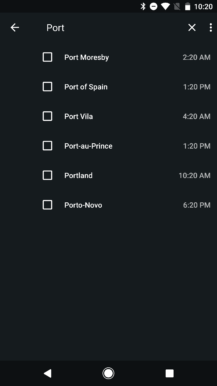 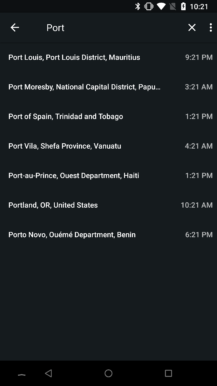 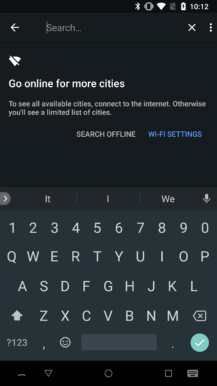 If you travel between time zones and have to keep track of the hour in more than once place at a time, it's pretty common to add multiple clocks to your phone so there's no need to do conversions in your head. And if you come from a small town, you're probably more than aware that picking a time zone really means picking whatever large city happens to be in the same area. Google seems to be taking steps to account for that with the latest update to the Clock app.

The latest update adds an online component to the city search you'll see while adding a new clock. If an Internet connection isn't available, there is also an offline database to search from which should resemble the list of cities we've always had.

There are also some visual and functional tweaks, though they probably aren't going to change much for regular usage. As the screenshots demonstrate, the cities are now listed along with their country (and state, if applicable). The new version also lost the checkboxes that appeared next to the cities, which allowed users to add more than one city from a search at the same time. I have a feeling that probably didn't happen often.

In the quick tests I've done so far, I'm not sure that the online database is actually working yet. The first clue is that the warning screen about being offline is always visible if there's nothing in the search field, regardless of my connection status. The second reason is that I simply can't find most of the cities I've tried searching for unless they were already part of the list in the previous version. It will probably begin working correctly soon, so just hold tight.

If you've been looking forward to Routines in Google Assistant, you probably already know Google has announced they're coming soon. It wasn't hard to imagine that there would be some actions for clock-related functions like starting a timer or creating an alarm, but now we have confirmation.

A few new strings in the Clock apk are related to integration with the new Routines. Right now, the text only shows that you can define and remove workflows, so it's not very informative at this stage.

Perhaps the most interesting thing about this addition is that it suggests local apps will be able to provide their own interface to be used in Routines. If correct, that's significant because it means we might not be limited to just the functions added directly by Google. In other words, other apps may be able to offer plugins so their own functions can be called as part of a Routine. Of course, it's possible that only Google's apps will be able to take part in this, but let's hope this is going to be an open ecosystem.

Google Daydream View (2017) is now available from Google Store in France, Italy, and Spain for ...