In an effort to combat e-waste, Samsung and iFixit announced the "Galaxy Upcycling" initiative at the Samsung Developer Conference in San Francisco. This initiative intends to allow users to develop ancillary uses for their old phones, and share the code on the Upcycling website, where other users can download and use these crowdsourced ideas. Among the ideas presented at the developer conference were Bitcoin mining clusters made from Galaxy S5 units, an arcade cabinet using a Galaxy tablet, and an IoT-connected fishtank. In addition to providing code downloads, the Upcycling website will also sell sensors and accessories for IoT-related projects. 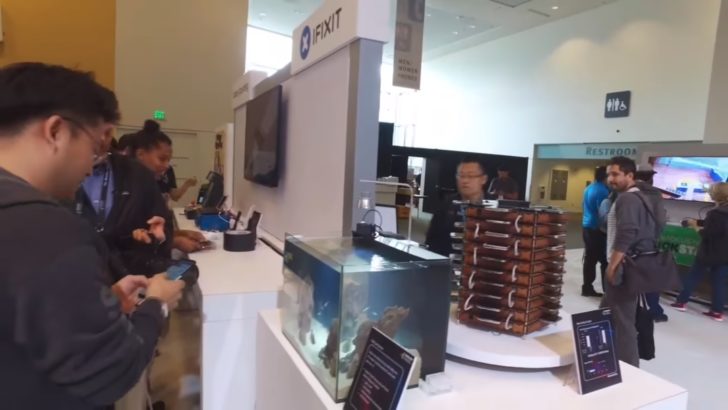 Interestingly, the video announcement of this initiative states, "Now we live in an environment where we can easily repair smartphones or replace their batteries on our own," which is an interesting claim given the often middling repairability scores awarded to Galaxy products by iFixit. A brief video of the demonstration booth shows several "Tizen 4.0" signs, suggesting that the Upcycling initiative uses Tizen ROMs as a drop-in replacement for Android, and is a backdoor effort to attract developers to the Tizen ecosystem.

Tizen has struggled to attract developer interest and has come under increasing scrutiny for security practices. In April, security researcher Amihai Neiderman told Motherboard, "It may be the worst code I've ever seen," adding that, "You can see that nobody with any understanding of security looked at this code or wrote it." [Update: It's official] Deleting messages on WhatsApp for all recipients starts rolling out