A new version of the Google app is making the rounds to users that have opted into the beta channel. This update is a bit tamer than some other recent version bumps. The only change popping up in the live interface at this point is a command to return the Google search widget to its original styling. However, there are quite a few small topics in the teardown, including the addition of Scenes to the upcoming support for Routines (a.k.a. multi-action shortcuts) and a couple more details about Quartz and devices that may be related to it. 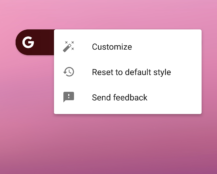 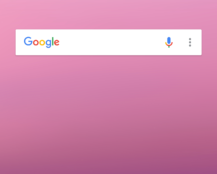 With the v7.14.15 release of the Google app, the Search widget got a lot more stylish. Users could customize its look with different shaped corners, background colors, and more. If you ever decide that your artistic work isn't paying off, you'll now have the option to reset the bar to its default configuration with the use of a new action in the overflow menu. Simply hit the 'reset to default style' command and you'll get a dialog box asking for confirmation.

We've known for a while that Google was working on multi-step actions for Assistant. The name for this was revealed to be "routines" back in September and Google officially confirmed it earlier this month. Now it looks like we're also going to have another aspect: Scenes

The term 'scene' in home automation typically refers to a set of circumstances that you want to create, either as a required starting point to your actions or as the destination. The only text Google has given to us is too vague to judge, but it shows that you'll be able to define a scene and 'include' it in your routines.

The great part about defining scenes is that they make it easier to set devices in your home to a known state. Responsibility is on the system to make sure everything is turned on or off and any custom settings are set correctly.

Most of us are probably comfortable knowing that Google keeps a record of our searches, but we probably don't think much about it until we go looking for our previous activity. However, it looks like Google is going to be a bit more informative if we try to do a search on something closely related to something we've searched for before.

<string name="vasco_suggestion_message">You did a similar search before. This is a related search.</string>

The line simply tells us that we're doing a search on something related to a previous search. After that, it's not really clear what happens. It's possible this is just there to let us know our search activity has become redundant, or maybe Google is planning to provide suggestions that might be of more value to us.

Another notification channel for headphones

The v7.14.15 update from a couple of weeks ago turned up a pretty significant reveal of an upcoming Google product codenamed Quartz that has something to do with a device resembling Google Home, but almost certainly with a built-in screen. With the latest update, most of the old text remains intact, but a few additions and tweaks were made.

I wouldn't say any of the changes represent major new information, but the recipe-related details are a little more extensive, including at least new titles for a cooking temperature field and a unit conversion function. There are also friendlier titles for each step in the process, noting that there are 'x steps to go' and ending with 'this is the last step.'

The other minor revelation is that some phrasing demonstrates multiple users will be supported. Since there's still some small amount of room for Quartz to be related to another type of product, a detail like this effectively reinforces that we're talking about something similar to Google Home because it specifically supports multiple users.

Android 8.1 fixes invisible Do Not Disturb toggle issue from 8.0 Oreo

Some Galaxy Note8 phones are freezing when the contacts app is opened, even for texting and ...