Oh Google, you and your server-side tests. You cause so many people to have different interfaces on their Google apps and create mass confusion, yet we still love you. This latest server-side test involving the overflow menu popup in the Google app appears to be rolling out to many more people now, and it's overall a nice change. 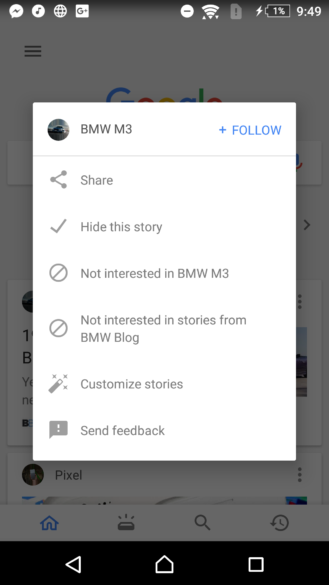 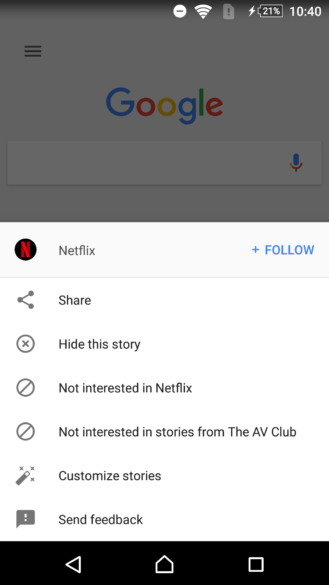 While tapping the three-dot menu on a story in the Google feed previously opened a popup with options inside, it's now a window of sorts that slides up from the bottom. Google seems to be slowly phasing out these popups, and when you look at the two side-by-side, it's easy to see why; they look pretty dated.

The new design appears to be rolling out to many more people now. Artem still had the old popup yesterday on his Pixel 2 XL, but this new look appeared for him today as well. I had to dig into my drawer to find an Xperia Z3 that I hadn't booted up in weeks to get a screenshot of the popup in hopes that the new design hadn't gotten the chance to cling on yet, and that thankfully worked. Just a few minutes later, though, the new design appeared on the phone.

Let us know in the comments which design you guys are seeing.