Green is gone, blue is new. That's the mantra for today's update to Google's Calculator app. But it's not just a palette swap on the agenda, there are actually several other little changes scattered around the UI. There are changes to the history screen, RAD/DEG toggle, and there are even a couple things taken out.

Unless you haven't used Google's Calculator app in a few years, you'll probably notice the first change right away. The launcher icon and button drawer (inside the app) have been given a fresh coat of paint. The classic (seafoam?) green has been swapped for blue. 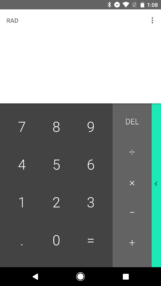 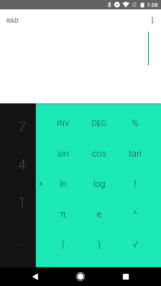 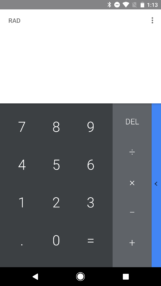 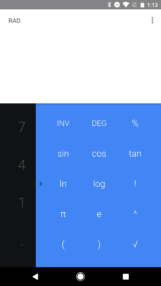 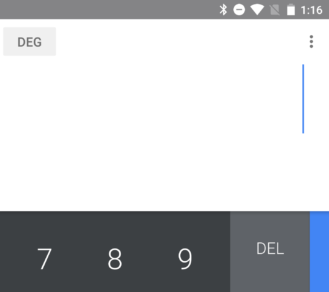 The remaining changes are pretty hidden and you might miss them if you're not looking closely. The first new feature is a toggle on the main display for switching modes between radians and degrees. Simply tap on it and you can switch between modes instantly.

Prior to this version, the label existed but couldn't be used to toggle modes. The only way to jump between radians and degrees was to use the RAD/DEG button located in the extended button drawer. It's a small change, but adds a bit of convenience. Note: That drawer is automatically showing in landscape orientation.

Tap to insert items from history

Google added a history page to Calculator at the start of this year. It was reasonably useful for looking back, but the only way to act on anything was to long-press on a number or equation, copy it, and then paste it where you wanted it. The latest update gives you another option. Now you can simply tap on an item in the list and it will be instantly pasted into the main display. Both formulas and numbers can be inserted. 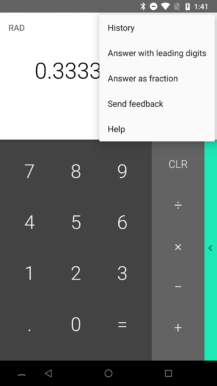 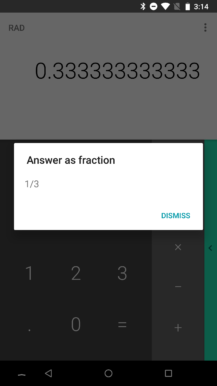 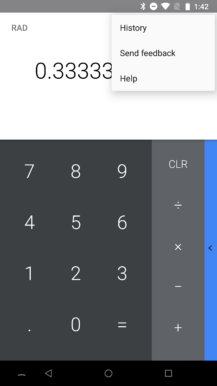 In an unusual twist, this update also appears to have removed a couple of features. If your calculations resulted in a fairly straightforward fraction, previous versions included a command in the overflow menu called 'answer as fraction.' As the name suggests, the current value would be shown in a dialog box with a reduced fraction. This and the 'answer with leading digits' commands are no longer in the menu with this update.