These days, a lot of phones come with some form of ambient/always-on displays. Samsung, Motorola, LG, and Google all have phones with a variant of this feature, and it can really come in handy if you just need to check something in a pinch. But while Google has updated its Ambient Display with 8.1 Oreo, it's still missing one crucial feature: battery level. However, you can help push Google to add it by starring this issue in its Issue Tracker.

Battery status is obviously an aspect of smartphones that we all care about, so it only makes sense that it's easily accessible. After all, Samsung's Always On Display, Motorola's Moto Display, and LG's Always On Display (yes, it's named exactly the same as Samsung's) all show you your battery level when you look at or pick up your phone for a reason. Google's Ambient Display is virtually the only solution of this kind that doesn't.

Many of you have been requesting that Google add battery level to Ambient Display, and we think it's a worthwhile endeavor as well. So if you want to officially voice your support for this feature, just star this issue in the Google Issue Tracker. It currently already has a little under 500 stars, but we know we can get it higher. Please don't comment, though; this sends an email to each and every person who starred the issue and might make them unstar to prevent future notifications.

So... yeah. Hit the star. Even if you don't have a Google device, do it to help your Pixel-owning brethren. Please.

If you're a victim of the excessive notifications, you can turn them off. 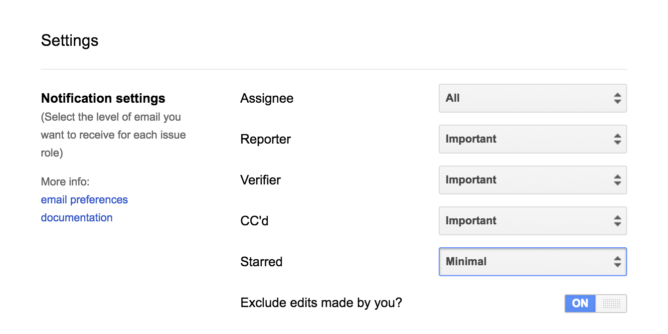 Hit the settings button, then 'Settings', then go to 'Notification settings,' click 'Starred', and choose 'Minimal.' In the meantime, we've added the request to not comment to the title.

Pixel 2 XL, but not Pixel 2, now sold on Google Store in Italy and Spain