While large displays can be beautiful, using them in everyday scenarios can be anything but. This is particularly the case if you're holding yourself steady on a bus or train with one hand while browsing your smartphone with the other on a daily basis. To address this potential hazard, Samsung, LG, Huawei, Motorola, and other manufacturers offer a one-handed mode on some of their phones, and now a new XDA app called (wait for it) "One-Handed Mode" is bringing the helpful feature to any smartphone running Android 4.3 or higher.

Once you open the app, which doesn't require root, you'll be greeted by a colorful multi-screen introduction. If your phone is rooted, simply click the check mark at the end of the tutorial to enable the app. If your device isn't rooted, you'll have to use ADB to grant the app WRITE_SECURE_SETTINGS permission.

One-Handed Mode is free to download and use in a limited capacity, which means you can turn one-handed mode "on" and test drive it in other apps. You'll have to pay $0.99 to unlock a floating toggle overlay button and customizable settings, including choosing whether the toggle is displayed when you boot up your phone, whether the toggle is automatically pinned to a side of the display, or if the one-hand-friendly screen can be resized. That in-app purchase price will rise to $1.99 after its first week, which ends Friday, Nov. 3. 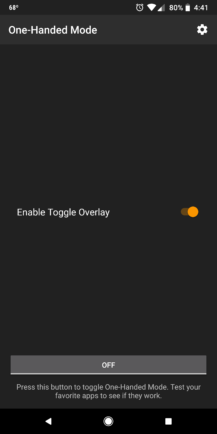 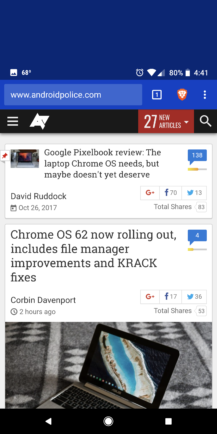 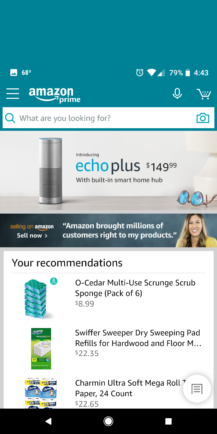 Updates to One-Handed Mode are already in the works. In replies to reviews left in the Google Play Store, XDA says the next version will be able to receive an intent that will allow users to create a custom tile using Tasker or Custom Quick Settings and add custom navigation bar buttons.

Download One-Handed Mode from the Play Store or grab the APK to enjoy improved reachability when you've got only one hand to spare. 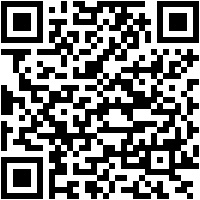