So far, the changes we've uncovered in the Android Oreo 8.1 developer preview have mostly been superficial and/or relatively minor. This one's no different, even if it is rather useful. The 'Apps & notifications' section in settings is the place to get app info, choose which apps show notifications, or change permissions and defaults, among other similar functions. In the 8.1 dev preview, this menu has been updated to include recent apps.

The change was already present on the Pixel 2 and Pixel 2 XL in 8.0, but it's now making its way to other Pixel and Nexus devices running 8.1. Instead of the 'App info' option from before, which would bring up a list of all the apps on your phone, you're now greeted with the five most recently used apps and how long since you opened them. This is followed by an option to see all of the other apps in the same way as before. 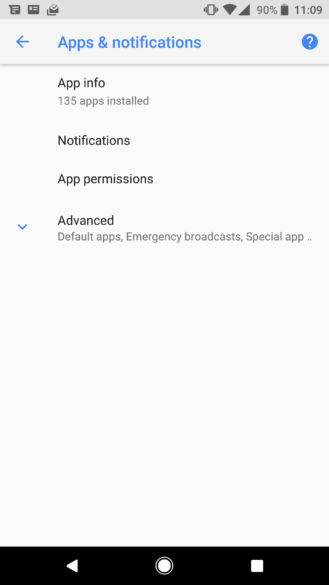 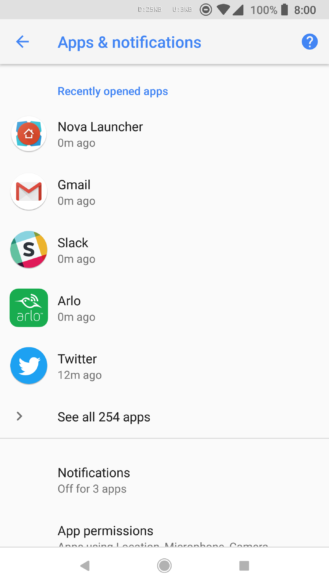 This isn't a groundbreaking improvement, but it does make it quicker to get info for or close an app you've recently been using. Of course, you could also just use the other method, which is to long-press an app icon from the recents navigation menu and then tap the 'i' icon on the opposite side when it appears to get to the app info screen for that app.