But all that time, there wasn't much in the way of new features or major improvements. Today, I'm excited to announce that version 2.0 of Toolbox for Play Store is rolling out to Chrome and Firefox users (Opera should get it in a day or two). This update is packed with new features, so let's get right into it. 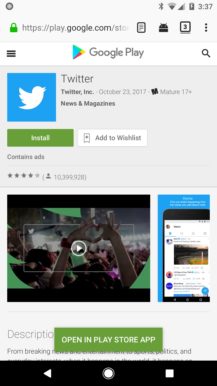 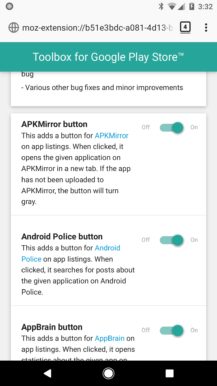 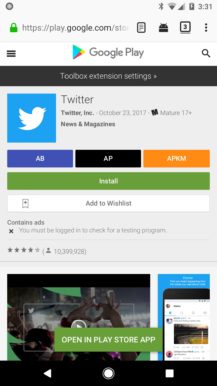 First up is full support for Firefox on Android. While Toolbox could already be installed on Firefox for Android, it didn't actually work with the mobile Play Store, and had some other issues. Everything now works perfectly, on both the desktop and mobile sites. The buttons are still customizable, and you can still quickly check for beta programs.

There's currently a bug in FF for Android that prevents the Toolbox shortcut in the overflow menu from working, but this was fixed in Firefox 57. If you're not running that version yet (FF57 is in beta right now), we've added a shortcut to the extension's settings at the top of Play Store pages.

Toolbox already had an optional APKMirror button that would appear on Play Store app listings, which would take you directly to the given app on APKMirror. With this update, the extension actually checks to see if the app has been uploaded. If not, the button will turn gray, so you don't have to waste precious seconds clicking it and waiting for the site to load. You're welcome.

Another new feature is an improved settings page. The old settings design, seen below, wasn't very pretty. It had mismatching colors, and the options were just checkboxes. With version 2.0, it has received a facelift: 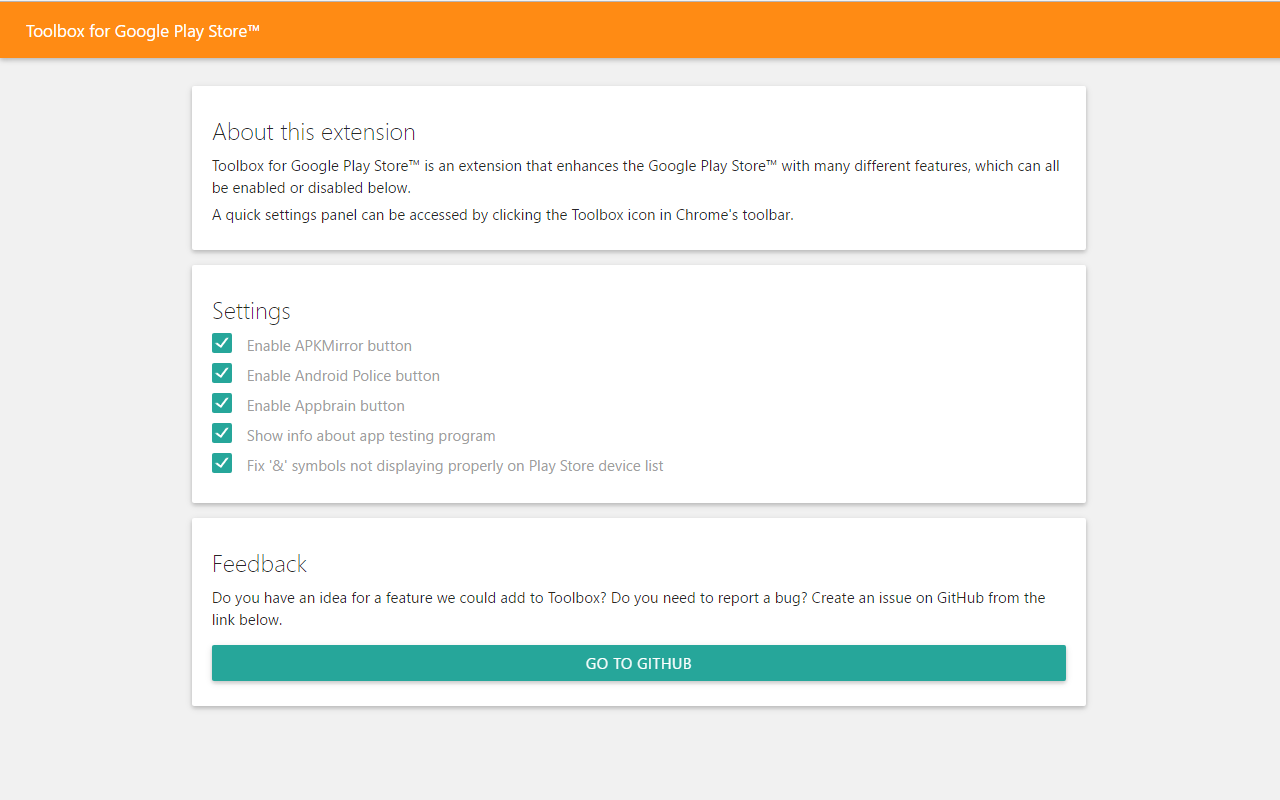 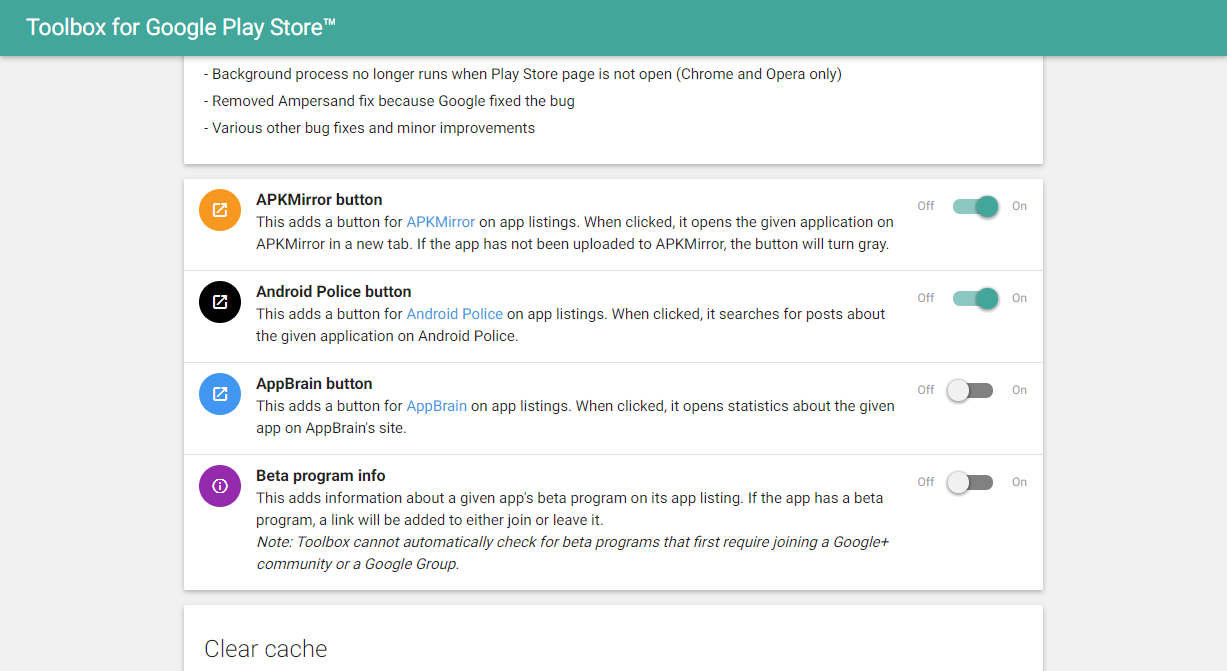 That's much better! Now each setting shows a description of what it does, and the checkboxes are now sliders. And of course, it looks just as great on Firefox for Android.

On Opera and Chrome, Toolbox no longer runs in the background if a Play Store page is not open. Firefox doesn't yet support event pages, so it will keep Toolbox in the background all the time. If you're worried about possible performance issues on Firefox, don't, because the extension has virtually no CPU usage when idle.

You may recall that the Play Store used to show "&amp;" instead of "&" when listing devices. Previous versions of Toolbox included a setting to fix this, but Google finally fixed it on their own, so this setting has been removed.

Finally, Toolbox 2.0 includes a few under-the-hood changes and bug fixes. A bug with checking for beta programs has been resolved, as well as a bug where the buttons would not work on pre-registration pages.

If you already have Toolbox installed, you should get the update soon. It started to go out yesterday for Chrome and Firefox, so some of you may already have it. At the time of writing, it's still waiting on approval for Opera, but that shouldn't take more than a day or two.

You can download it for your favorite browser at the links below. If you have any bug reports or feature requests, feel free to leave a comment!

Android 8.1 feature spotlight: Toast messages are now white to better match the rest of the UI

Android 8.1 feature spotlight: Status bar icons are now rounded and have padding on the left ...