The picture-in-picture feature was first introduced to Android with the O developer previews, but it didn't get off to a great start, namely because crucial apps like YouTube didn't support it properly. Netflix was one of those apps, but Android 8.1 has added official support for Netflix PiP. 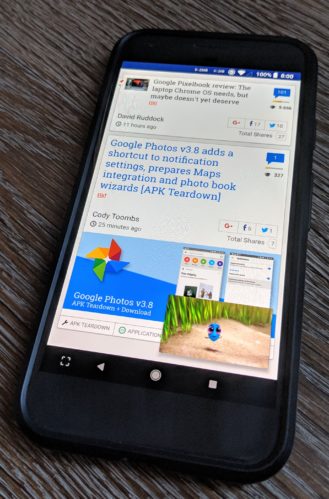 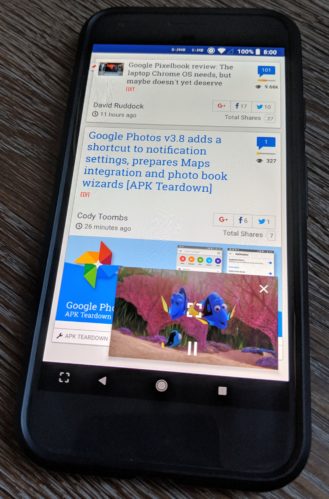 We had to take pictures because Netflix doesn't allow screenshots.

Using Netflix with picture-in-picture follows the same process as it does with any other app - so long as you're on 8.1 and have the latest Netflix version (which will be linked below), you'll be able to watch your movie via the floating window while you do whatever else you need to do. Just hit the home button while the movie/TV show is playing and PiP will be launched.

We've confirmed with Netflix that this is indeed an official feature for 8.1+ devices, not some sort of accidental loophole. However, we're not sure why 8.1 is necessary instead of 8.0, and we're still waiting on comment regarding that. In the meantime, if you're on 8.1 and would like to use PiP, just grab the latest version of Netflix from APK Mirror.

Google will update Pixel 2 and 2 XL with more saturated color mode, says XL burn-in is not an issue

Google says that the Pixel 2 XL display's blue shift is normal, much to owners' dissatisfaction