Those of you who are fans of darker themes on software won't be happy with this change we've discovered in the Android 8.1 Oreo developer preview: toast messages now have a lighter, inverted theme. This was likely done in order to match the rest of the much whiter user interface, which the gray toasts didn't really go with. 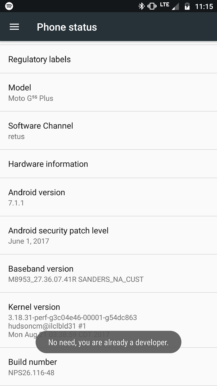 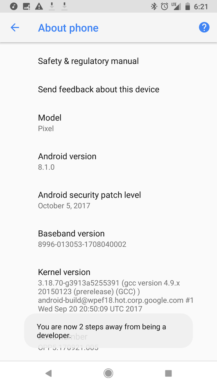 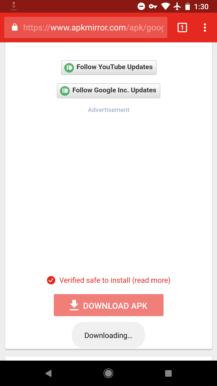 Whereas devices on Android 8.0 and below utilized dark gray toast messages with white text, the new ones are white with black text. These are persistent throughout the entire UI, and are already on the Pixel 2 and Pixel 2 XL with 8.0. The screenshot on the left was taken on my Moto G5S Plus running 7.1.1 Nougat (obviously), but this older version will still show up on a first-gen Pixel with 8.0.

Personally, I think the gray toasts were easier to read, as the white on white reduces the contrast. The new ones are stylistically closer to the rest of 8.1 and all its whiteness - just look at how white the Settings app has gotten. Even with the dark theme, the toasts still remain white, which will at the very least allow them to be more visible in that context.

Let us know what you think of this change in the comments. My guess is that a lot of you won't be happy.