Android 8.0 introduced some big changes to notifications, but not all of them have been well received. The "running in the background" notification could be annoying if you always have something like a VPN active. We covered a way to get rid of that notification with a third-party app, but the Android 8.1 dev preview makes it possible to hide it without installing anything else.

In Android 8.1, the "running in the background" has actually been renamed to just "using battery." It still pops up for each app you have doing something in the background, though. There's now a notification channel for this item in Android 8.1. So, open your app settings and find the Android System entry. Turn off "Apps consuming battery" and you shall never be troubled again. That toggle existed in 8.0, but it was locked in the "on" position with all the other system channels (see bottom). 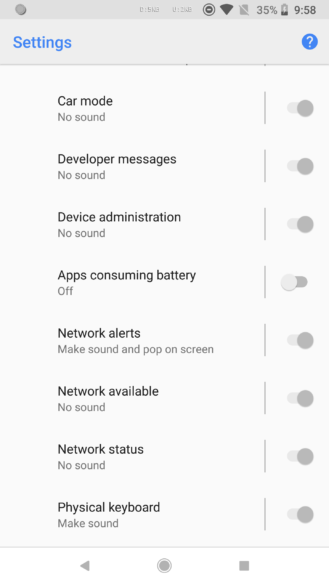 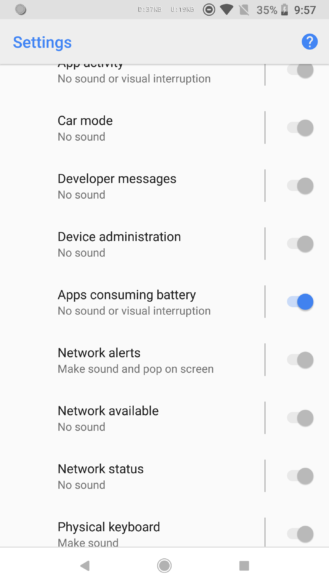 For those of you with a Pixel 2, you don't need to be on Android 8.1 at all. As we've come to learn, the new Pixels have a lot of settings from 8.1 in their special 8.0 build. You can head to the same menu and disable the battery use toggle to shut the notification off. Just one of the benefits of being on Google's latest and greatest. 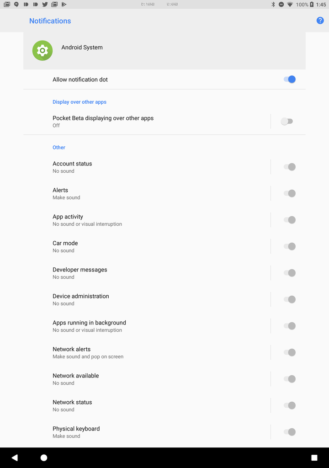 The locked toggles in 8.0 Just in time for Halloween, Warner Bros. has released 'IT: Escape from Pennywise VR'