Just before Google's Pixel 2 launch event, we learned of a great new always-on feature that listens for music and displays the song name and artist on the lock screen without even being asked to do so. Now Playing even works without an internet connection, as it keeps a local file containing identification data for nearly 20,000 songs. It won't be able to name everything you hear out and about, but anything vaguely popular should be picked up.

What if you hear a song you like, but you aren't able to look at your phone before it's finished and a new song is playing? Sadly, Google didn't think this through, as there doesn't appear to be a way to look at any sort of history. That's where Now Playing History comes in. 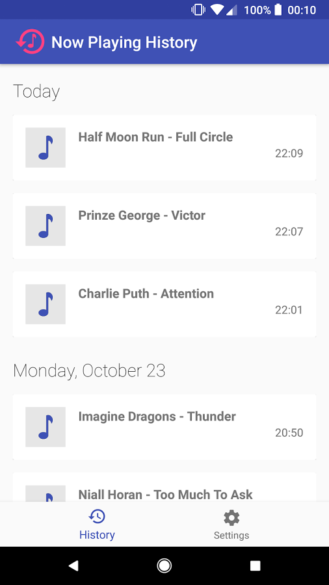 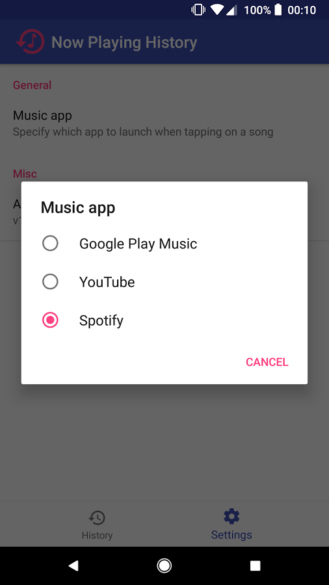 The app is developed by Great Bytes Software and does exactly what its title so succinctly suggests. There's no root required here, either. As the developer explains on Reddit, "it works by catching the "Now Playing" notifications and then saves the song title." It's a clever idea, and it's been done very well. Clicking on a track will open it in a music playing app of your choosing. The options at present are Google Play Music, YouTube, or Spotify.

There's not a lot more to it than that, and there doesn't need to be. The dev has promised to add search and delete functionality in the near future, though. Now Playing History costs $0.99, which isn't much to pay if you think you make use of it. It's so far got a 4.8 rating from 15 reviews on the Play Store, with universal praise. If you have a Pixel 2/2XL, you can download it using the link below. Let us know what you think of it if you do. Android 8.1 feature spotlight: Toast messages are now white to better match the rest of the UI