The flagship new feature in Android Studio 3.0 is the ability to develop apps with Kotlin. If you're not familiar with it, Kotlin is a newer programming language designed to interoperate with existing Java code. This means that developers can port their apps over to Kotlin in pieces, rather than having to do a complete rewrite. It's been a while since I wrote in Java, and I've never tried Kotlin, so I'll direct you to Kotlin's website for a direct comparison between both languages.

Now that Kotlin is built into Android Studio, features like code completion and syntax highlighting work just as they do with Java. Speaking of Java, Android Studio 3.0 has improved support for Java 8 features, since it now uses a javac-based toolchain instead of the now-deprecated Jack and Retrolabda. This update also includes the IntelliJ 2017.1 release, which features Java 8 language refactoring, parameter hints, draggable breakpoints, semantic highlighting, enhanced version control search, and more.

Many of the development-related announcements from Google I/O 2017 are shipping in Android Studio 3.0. This includes an SDK for creating Instant Apps, new templates for Android Things applications, XML and downloadable fonts for Android 8.0 and higher, and a new wizard for creating adaptive icons.

This update also includes a major change to the Android Gradle Plugin intended to improve scalability and app build times. Google warns that this could break some existing build files, so developers should look here for tips on updating.

While testing on real devices is always important, Android Studio's device emulators are invaluable for testing apps across a wide variety of screen sizes, architectures, and system versions. Android Studio 3.0 adds the ability to create Android 8.0 emulators with the Google Play Store pre-installed, so you can test your apps with full Play Services functionality.

Unfortunately, there is no mention of emulator images for Chrome OS, or anything related to Android Automotive. Presumably, these will ship at some point in the future, possibly outside of a major Android Studio update. 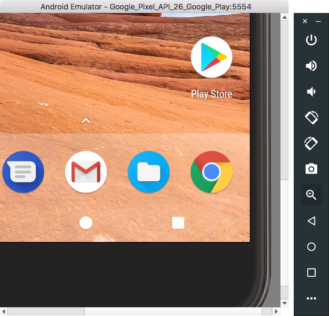 There have also been several major improvements to the emulator itself. OpenGL ES 3.0 is now fully supported when using Oreo system images, a new bug reporter is available, and you can set an HTTP proxy for the emulator to use. 'Quick Boot' is also in testing, which speeds up the emulator's boot time by caching the device state. You'll need to switch to the Canary release channel before you can try it out, and more information is available here.

There are a massive amount of other changes in Android Studio 3.0, including a new Profiler tool for analyzing real-time performance, improvements to the layout inspector, a file explorer, and much more. If you want to see everything new, hit up the source link below.

Android 8.1 feature spotlight: Apps can now only make one notification sound per second, and ...