The Android 8.1 Oreo developer preview dropped today, and with it come some new features that we've been discovering. One of the more prominent changes we've spotted so far is to the navigation bar while it's in the Settings app. On both Pixel and Nexus devices, the soft keys get a few aesthetic tweaks that modernize the software's look just a little bit.

The most obvious change when you first enter Settings is the colored white navigation bar. I'm not usually a fan of these, but since the rest of the Settings app is white anyways, it looks fine. After a few seconds, though, the keys on the nav bar will slowly dim to a much lighter gray with the scrollbar.

Nexus devices without the filled-in keys do this as well, but it's less noticeable for obvious reasons. What's interesting is that the keys don't re-darken when you start scrolling or interacting with the screen in general; it's only when you leave the screen and come back to it, or when you tap the navigation keys, that they go back to the darker color and begin fading again. Navigating back to the main Settings screen with the back buttons on the top left will not cause the buttons to lighten.

We're still digging around for new things, so keep an eye out for more feature spotlights.

Android 8.1 is actually dimming the buttons in all apps, not just Settings. 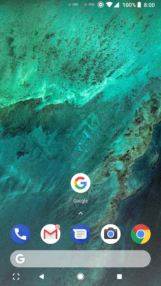 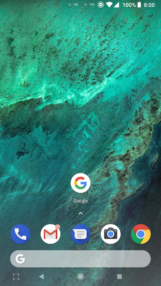 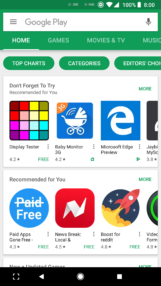 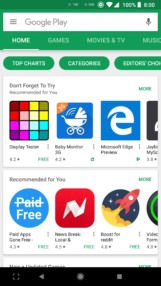 This is especially noticeable in apps with black nav bars like the Play Store, and indicates that this is likely a preventative measure for image retention and burn-in. The buttons are even dimming on the homescreen. Thanks go out to Kieron Quinn for pointing this out.