If you have an incredibly detailed memory, you may recall as far back as around 24 hours ago, when we talked about how the "Keep Wi-Fi on during sleep" setting was apparently removed for the Pixel 2s. We felt that it was a confusing, unnecessary, and potentially unintentional change, but Google is doubling down. With the latest Android 8.1 developer preview images, the option is now missing on more than just the Pixel 2, likely confirming that the change was intended. 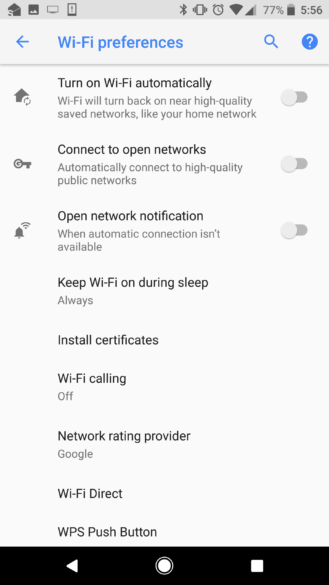 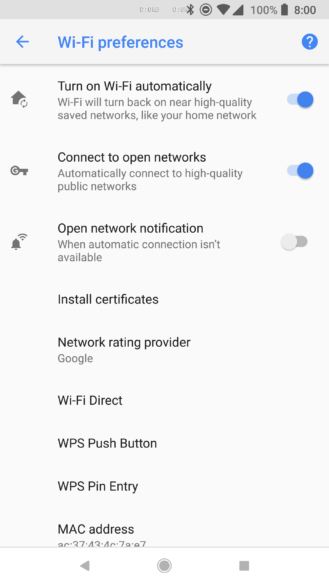 As we mentioned in our previous coverage for the Pixel 2, the option was actually pretty useful. It came in handy for extending battery life on an infrequently used device. If you use a tablet as a coffee table remote, for instance, Android just being Android can run it dry pretty quickly. Disabling "Keep Wi-Fi on during sleep" could improve battery life in such circumstances by a good chunk of time.

With the option now gone, that means things are probably stuck on, so expect Wi-Fi to stay connected (and slowly drain your power) while your device is on. At least, if you've moved it up to the 8.1 developer preview images.

We had an ADB-based workaround for the change in our previous coverage update, and it's possible that it still works, so you can always give that a try if you really need it.

Canceled Pixel 2 'muskie' by HTC appears in AOSP, had 3830mAh battery and Pixel Visual Core on board

Android 8.1 feature spotlight: Apps can now only make one notification sound per second, and ...