The release of Miitomo marked Nintendo's entry into the smartphone world, but the company's first 'real' game would not come until Fire Emblem: Heroes earlier this year. Several additional games are in various stages of development, with one of them being an Animal Crossing title. At long last, Nintendo has released details about the game, titled 'Animal Crossing: Pocket Camp.'

If you're unfamiliar with it, the Animal Crossing series is comprised of four main titles (the original, Wild World, City Folk, and New Leaf) and two spin-offs. The main games all have the same general idea: you live in a town filled with anthropomorphic animals. There isn't any defined end-goal, but you mainly progress through the games by helping the villagers. Possible tasks include collecting fruit, building structures, planting plants, and so on. You can also customize your house and appearance.

Animal Crossing: Pocket Camp has a slightly different approach. Instead of managing a town, you are given a campsite to customize. In this respect, it's much closer to Happy Home Designer, one of the series' spin-offs. Performing tasks for the visitors will earn crafting materials, which you can use to build furniture and decorations. There are various areas to explore beyond the campsite, like an island and quarry, but it doesn't look like you will be able to build in them.

You can also use Bells, the game's main currency, to purchase furniture/decorations. Just like in the main games, Bells can be obtained by helping animals, shaking trees, selling captured bugs, and so on. Many characters from previous games make an appearance, including the one and only Tom Nook. 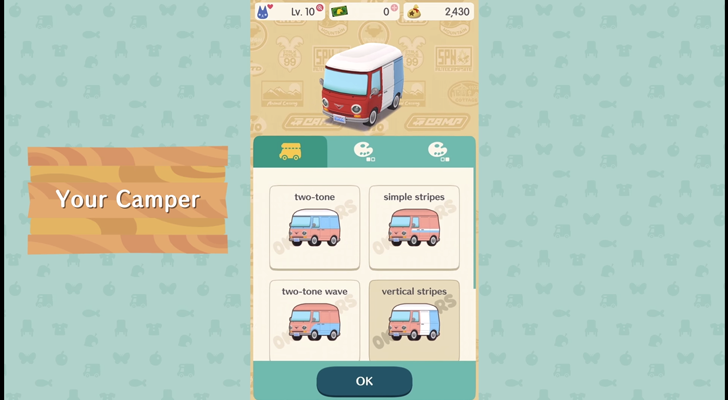 Instead of living in a house, like in the main console games, you are given a camper from 'OK Motors' to customize to your heart's content. You can use Bells to change the appearance of your camper, as well as upgrade it later on with another level. Unfortunately, the inside space is limited, as opposed to the larger houses in the main games.

Since Pocket Camp is free-to-play, there are inevitably in-app purchases. Bells are the general currency, which can only be earned in-game, but 'Leaf Tickets' can be purchased with real money. Leaf Tickets can be used to speed up projects like building furniture and large amenities (like a swimming pool). However, the tickets can also be earned by completing missions in the game, so opening your wallet isn't required to enjoy Pocket Camp. 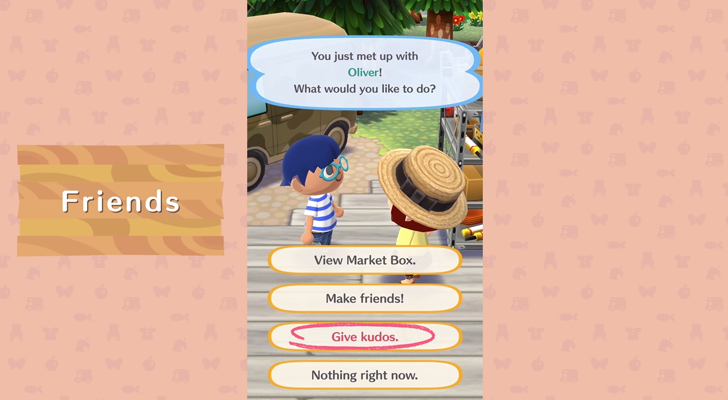 Multi-player was one of the major selling points of New Leaf, and Pocket Camp has similar functionality. You can add your friends by entering their user ID. Once that's done, you can visit their campsite, view their market box (where you can trade items), or give them kudos.

I've personally played quite a bit of New Leaf on the 3DS, so I'll definitely try this game out when it's released. I was hoping for something closer to the main series, but this still looks pretty fun, and I'm glad to see Nintendo hasn't made the game dependent on in-app purchases. The game will be released sometime late next month, and you can pre-register for it at the link below. REDMOND, Wash.--(BUSINESS WIRE)--The next time you go camping, make sure to bring all the essentials: a tent, a sleeping bag, s’mores and, of course, the Animal Crossing: Pocket Camp game. One of Nintendo’s most enduring franchises, Animal Crossing allows players to live a whimsical life as they interact with a wide range of other animal characters brimming with personality, decorate and expand their home, and learn more about the community they are part of. In the first Animal Crossinggame for mobile devices, you can interact with animal friends, craft furniture items and gather resources while managing a campsite. Animal Crossing: Pocket Camp launches on iOS- and Android-compatible mobile devices in late November.

“As our past mobile games have proved, we love taking established and well-loved franchises and transforming them for the ways players use their devices,” said Doug Bowser, Nintendo of America’s Senior Vice President of Sales and Marketing. “Animal Crossing: Pocket Camp is great for newcomers to the series as well as longtime fans, and ideal for people playing on a mobile device.”

A recent video presentation highlighted many of the game-play features in Animal Crossing: Pocket Camp. To view the presentation in its entirety, visit https://www.nintendo.com/nintendo-direct/10-24-2017/.

Some of the highlights in the video include the following:

Animal Crossing: Pocket Camp will launch for free on iOS and Android mobile devices in late November. For more information about the game, visit https://ac-pocketcamp.com.

About Nintendo: The worldwide pioneer in the creation of interactive entertainment, Nintendo Co., Ltd., of Kyoto, Japan, manufactures and markets hardware and software for its Nintendo Switch™ system and the Nintendo 3DS™ family of portable systems. Since 1983, when it launched the Nintendo Entertainment System™, Nintendo has sold more than 4.4 billion video games and more than 703 million hardware units globally, including Nintendo Switch and the Nintendo 3DS family of systems, as well as the Game Boy™, Game Boy Advance, Nintendo DS™ family of systems, Super NES™, Nintendo 64™, Nintendo GameCube™, Wii™ and Wii U™ systems. It has also created industry icons that have become well-known, household names, such as Mario, Donkey Kong, Metroid, Zelda and Pokémon. A wholly owned subsidiary, Nintendo of America Inc., based in Redmond, Wash., serves as headquarters for Nintendo’s operations in the Americas. For more information about Nintendo, please visit the company’s website at http://www.nintendo.com.

Nokia opens up Android 8.0 Oreo beta test for the Nokia 8