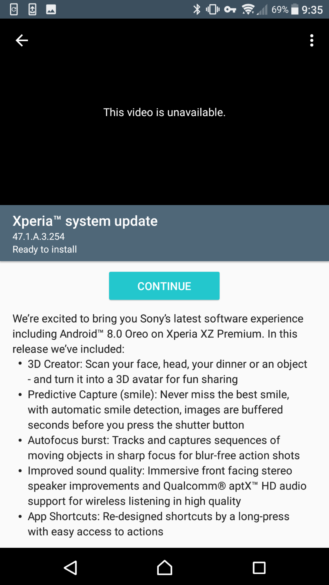 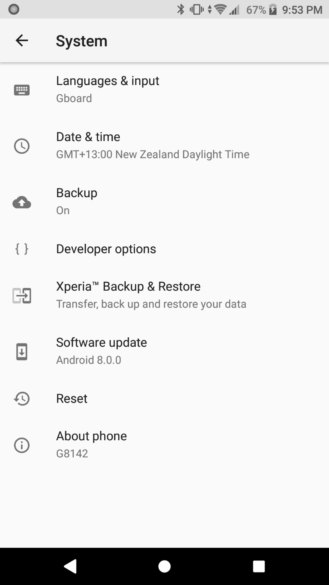 A number new features come with the Oreo update for the Sony device, including 3D Creator, which can be used to scan your face or any other object to create an avatar or 3D image. You can even 3D print your created image if you have the hardware to do so. The camera also gets Autofocus Burst for better action shots and Predictive Capture, which starts taking images even before you press the shutter button if it detects a smile. You'll get four shots to pick from, which may save you from missing out on the moment.

The front-facing speakers get some tuning improvements, and aptX HD audio support has been added to enhance the experience when using compatible wireless headphones. Other software features such as app shortcuts will also come to the XZ Premium through the Oreo update. The rollout is part of a phased process, as usual, so don't panic if it hasn't hit your device yet. One tipster already has it, so you shouldn't have to wait too long. Let us know in the comments what you think about it when it arrives.